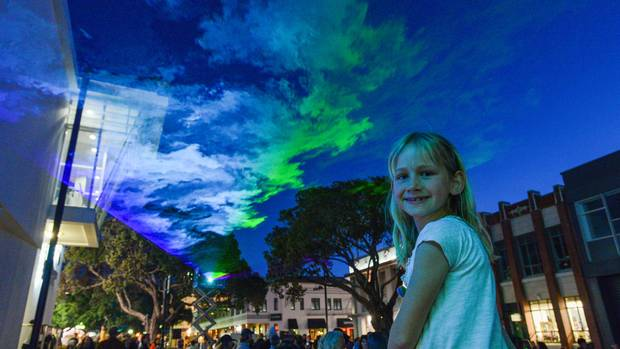 A week into the Harcourts Hawke’s Bay Arts Festival, organisers are expecting to reach about 20,000 people by the time it wraps up next Sunday.

Festival chairman Andy Heast said so far, the two week festival had been “pretty full on”.

“It really ramped up over the weekend, with all the shows and performances we had on in multiple venues, so it’s pretty exciting.

“So far, it has been an absolutely brilliant response from the local community to come into the shows, from te main festival site in Havelock North to Napier, Waipawa and Wairoa, it has just been an awesome response.

“People have been so enthusiastic about what we have presented to them, with lots of sell out shows and standing ovations, and we have had the most beautiful weather to boot.”

Photo: Crowds of all ages thrilled by a spectacular light show during the Hawke’s Bay Arts Festival. Photo by Tim Whittaker. For mor

e on this and other great Hawke’s Bay stories go to hawkesbaytoday.co.nz Posted: 23 October 2018