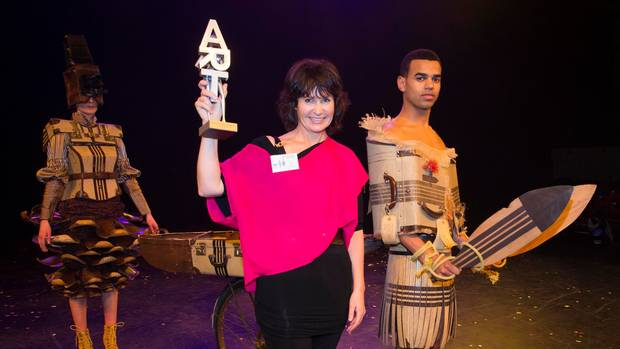 The World of Wearable Arts, or WOW, is celebrating its 30th anniversary this year.

Havelock North’s Kate MacKenzie is a previous WOW supreme award winner and has two entries in the show this year.

Photo: Kate MacKenzie’s 2014 Supreme Award winning design Poly Nation, which was based on the concept that if suitcases could talk they would have a lot to say.

e on this and other great Hawke’s Bay stories go to hawkesbaytoday.co.nz Posted: 2 August 2018