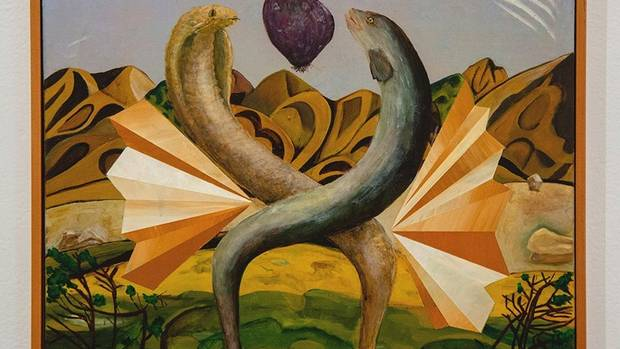 Creativity based on history, iconography and landscape has seen a Hastings artist land a major award at the Whakatane Molly Morpeth Canaday Awards.

John Brown won the major award, winning $10,000 for his work The Battle For Tuber.

Brown moved from Auckland to Hawke’s Bay four years ago and it’s his first time entering the Molly Morpeth Awards.

“This is one in a series of paintings that looks at a theory the Greeks might have been here in 350BC, well before the Maori.”

The artist received inspiration from a variety of history books, but one controversial work in particular titled To the Ends of the Earth co-authored by Maxwell C Hill, Gary Cook and Noel Hilliam. Photo: Hastings based artist John Brown’s painting took out the major award at the Whakatane Molly Morpeth Canaday Art Awards. For mor

e on this and other great Hawke’s Bay stories go to hawkesbaytoday.co.nz Posted: 18 February 2019