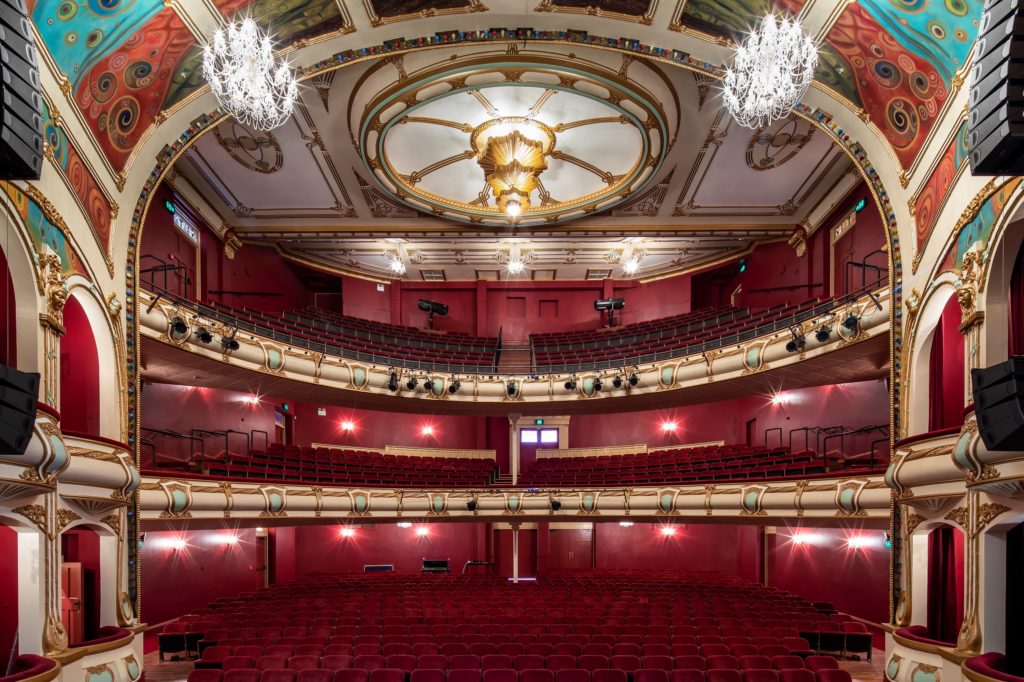 The Hawke’s Bay Opera House is the heart of Toitoi – Hawke’s Bay Arts and Events Centre in Hastings and its spectacular facelift has earned it this year’s NZ Institute of Architects Heritage award.

The landmark 1915 building that was refurbished and sensitively restored under the direction of Dave Pearson Architects, attracted much praise from the award judges ahead of the winning announcement last night.

“The rich deep reds of the restored auditorium of the Hawke’s Bay Opera House improve an already incredible theatre space, one of New Zealand’s most significant, designed by Henry Eli White ((1876–1952), also architect of the St James theatres in Wellington and Auckland,” they said.

“The almost monochromatic approach adds luxury, and confidently nods to the history of the theatre, but is not a replica of earlier colour schemes.

“Extensive seismic upgrading has been discreetly incorporated into the existing fabric of the fully refurbished building.

“A new raised roof is confidently handled on the Spanish Mission exterior. At over 100 years old, this survivor of the 1931 earthquake has been restored with additional splendour.”

Hastings mayor Sandra Hazlehurst said the award goes to all of the people who have worked incredibly hard to restore the beauty, integrity and history of our Opera House, including former mayor and deputy mayor Lawrence Yule and Cynthia Bowers.

“There are so few of these beautiful old buildings left in New Zealand and this one has so many stories of the past, from the time when it was a cinema, a dance hall and a boxing ring and everything else in between.

“The community was thrilled to get back into the Opera House over the 10 days of the Hawke’s Bay Arts Festival – it is such a valued and much-loved community building.”

Toitoi-Hawke’s Bay Arts and Event Centre manager Megan Peacock-Coyle said the team was proud to be the current kaitiaki of this now nationally-recognised taonga for our community.

“We feel privileged to work for and with a council that invests in both the arts and our built history, and the Opera House and neighbouring Municipal Building are perfect examples of this commitment.

“Winning this award is just the icing on the cake for our local community, who already have a long love affair with this space. Our only hope is that the incredible work which has gone into this restoration will still be here in another 100 years for the next generation of Hastings’ art-lovers.”