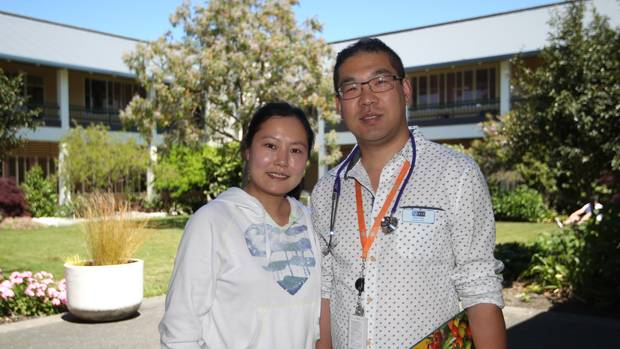 Hawke’s Bay is booming off the back of an international student spike, with the latest figures revealing they now contribute an annual $60 million into the region’s economy.

And international students said they were also benefiting from being able to study in what they perceive to be a “wonderful” part of the world.

Wei He, 41, is in his second year, studying a degree in nursing at EIT.

He decided to leave his successful dentistry career of 16 years in Shenyang City, Liaoning Province, China, and move his family to the region for a change of pace and life.

His wife, Weiwei Zhao, is studying a language course at EIT, while their 12-year-old daughter is at Taradale Intermediate.

Photo: Wei He and his wife Weiwei Zhao are both international students from China who are studying at EIT. Photo / Duncan Brown. For mor

e on this and other great Hawke’s Bay stories go to hawkesbaytoday.co.nz Posted: 17 November 2018