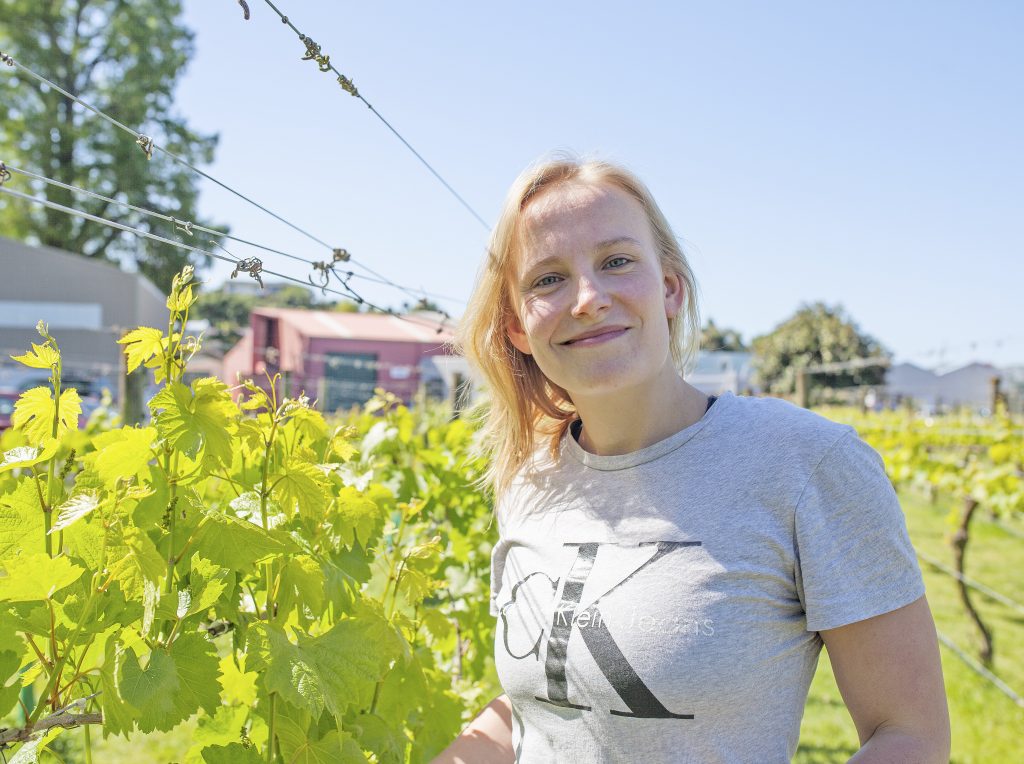 For Elise Picot winemaking is a fascinating process that combines science and creativity. The EIT Bachelor of Wine Science student is the 2018 HB A& P Young Vintner of the Year announced at this year’s Hawke’s Bay Wine Awards announced on 16 October. In addition to having her EIT fees paid for 2019, Elise will be working the next vintage at Craggy Range winery. “I’m absolutely stoked to have won,” says Elise. This is her second success at the wine awards. Last year she was in the Church Road Winery cellar door team that took out the best cellar door award. She works there part time, assisting with tours and wine tastings for visitors. The 27-year-old started her degree in 2016, after returning from overseas travels. She had previously completed a degree in industrial design in Wellington so is not new to study. “I’d decided I wanted to pursue a career that had a science backing that I could apply creativity to. Winemaking was the answer.” She does confess that she didn’t know much about Hawke’s Bay as a wine region before she enrolled in the wine science programme. Now though she is a fan saying that she’s pleased with her choice. “Working at Church Road I’ve seen how friendly and cooperative the wine community is, everyone is happy to work together.” Last week, Elise and her EIT classmates had a field trip to Marlborough. “It was really interesting to see how a new place can change your view and ideas on what it is you can bring to the table. I’m really excited about what the future will bring for me. I don’t know where I will end up but being in Hawke’s Bay long term could be a good thing.” Elise was also recently awarded a 2018 Bragato Trust undergraduate scholarship. Photo: Elise Picot, 2018 HB A&P Young Vintner scholarship winner Posted: 18 October 2018