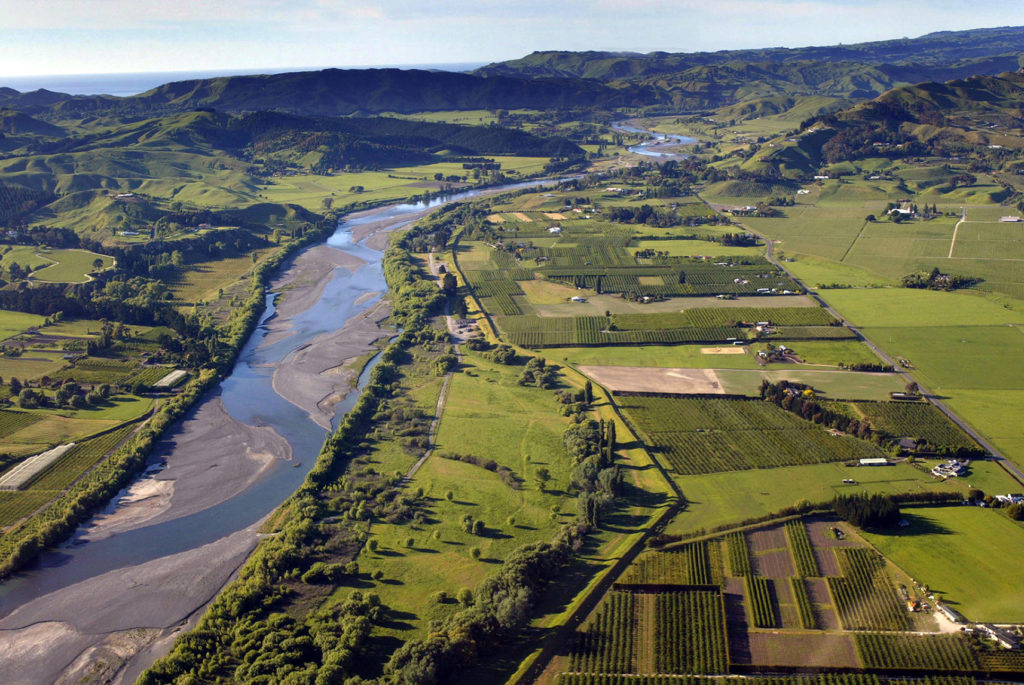 To reduce the economic impact of the COVID-19 pandemic, earlier this month the government announced it would be seeking significant ‘shovel ready’ infrastructure projects that would be ready to start as soon as the construction industry returned to normal.

Working under a Triennial Agreement, the Mayors of Central Hawke’s Bay, Hastings, Napier, Wairoa and the Chair of the Hawke’s Bay Regional Council made the submission having identified water as the number one priority for the region.

“We have been working together on a regional 3 waters service delivery project for the last 12 months”, said Central Hawke’s Bay District Council Mayor, Alex Walker.

“Our 3 waters services are critical to the communities we serve, and they link to almost all our economic, social, cultural and environmental outcomes individually and collectively as a region.”

The programme of 67 regional planned infrastructure projects submitted in the application to Crown Infrastructure Partners Ltd were not new projects, having already been factored into the 3 waters review business case to be considered by councils later this year.  The mayors believed the programme of work could help support both the region’s recovery as well as deliver the region’s business and social wellbeing growth post COVID-19.

Hastings District Council Mayor Sandra Hazlehurst said that in addition to delivering the two overarching objectives of improved drinking water quality and improved environmental outcomes, the joint approach to 3 waters would ensure value for money while also generating broader outcomes for the economy.

“By working collaboratively with our fellow councils, we can better manage the availability of contractors and suppliers to deliver the work by giving them the surety they need to gear up to deliver this substantial investment programme, which is estimated to equate to around an additional 360 – 490 jobs in the construction sector.

“Taking a joint approach in the delivery of this work will achieve greater benefits for our region such as upskilling our people, encouraging the use of local subcontractors and suppliers and the use of Maori and Pasifika suppliers.”

The application noted that for the smaller district councils of Wairoa and Central Hawke’s Bay, the cost of drinking water and waste water supply was disproportionately greater for the rate payers of those communities.

“For Hawke’s Bay to thrive, it is critical that core infrastructure and basic services are provided to all residents in the region at an affordable cost. COVID-19 is going to exacerbate affordability issues for our rate payers as employment opportunities are reduced,” said Wairoa District Council Mayor Craig Little.

With the region’s economy strongly linked to tourism, the impact of COVID-19 was already significant and likely to be prolonged.

“Domestic and international tourism contributed $672 million of regional spending in the Hawke’s Bay Region in the 12 months to December 2019. Both of these markets are likely to suffer long-term downturns placing a significant number of the region’s 5,600 tourism jobs at risk,” said Napier City Mayor Kirsten Wise.

“In the first week of April we have already seen a reduction of over 80% in spending from international cards compared to the same week last year, and an almost 100% reduction in spending in Hastings and Napier in some industries. These spending reductions are not sustainable, and as leaders in our region we recognise the importance of this investment in stimulating our economy.”

Hawke’s Bay already has a significant water security work programme already underway with the support of $30.6m from the Provincial Growth Fund, led by the Hawke’s Bay Regional Council.

Chairman Rex Graham said the money was being invested in capital projects relating to water storage, flow enhancement and managing the regions aquifers.

“Water security is key to our resilience and prosperity, particularly for the region’s primary horticultural and cropping areas of the Heretaunga Plains and the Ruataniwha Plains which are significant contributors to our economy.

“Post COVID-19, we believe it will be the key to getting our economies flowing once again.”

It is expected a decision relating to the bid would likely be made by government in late May.