How to start your journey of climate change action 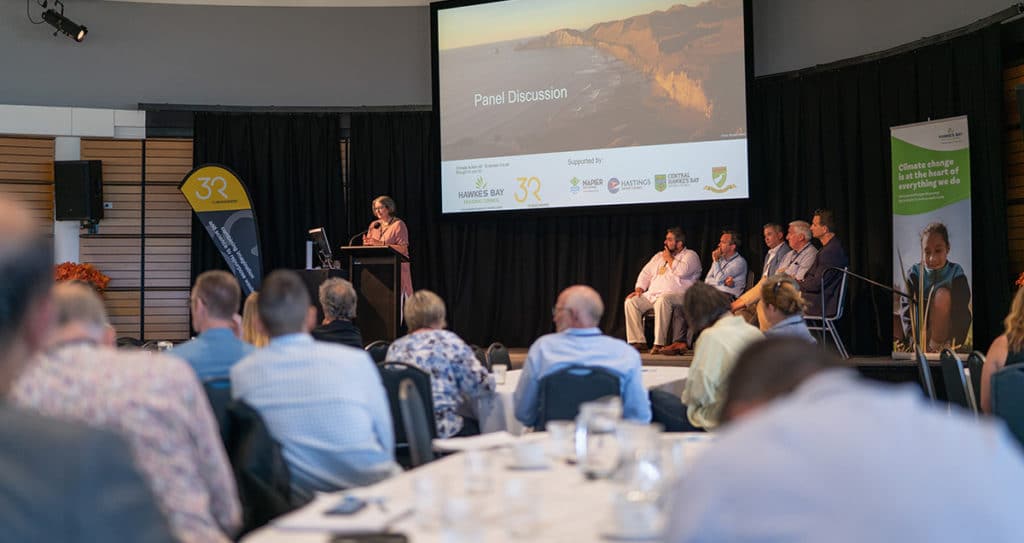 Accelerated climate change has been dubbed “this generation’s nuclear-free moment”, and while there is ever-growing awareness in the business world, actually starting to do something about it can be difficult – until now.

Hawke’s Bay sustainability experts 3R Group are running the first of a series of workshops and events covering topics around climate action impacts, such as measuring and reducing emissions, energy, transport, water, and people.

The first workshop, being held in Napier May/June (date to be comfirmed), will focus on leading organisations through the process of getting started on their climate action journey.

“Many organisations want to do something to tackle accelerated climate change, but don’t know where to begin. This first workshop will look at understanding your emissions, how to measure and offset them, and how to report on this,” 3R Group Chief Executive Adele Rose says.

The workshop follows the launch of Climate Action Hawke’s Bay (CAHB) at the Business CoLab event on November 25. CAHB is a campaign supported by the Bay’s four councils, which aims to encourage, equip and support organisations in the region to take action on climate change.

The Business CoLab saw over 100 people from the region’s businesses and councils gather to begin plotting a way forward for a transition to a low-emissions economy. Those that attended included major regional stakeholders such as Napier Port, Hawke’s Bay Airport, and Pan Pac Forest Products, as well as businesses from the primary industry, engineering, retail and hospitality sectors.

“The predicted impacts of climate change on Hawke’s Bay include a rise in temperatures, fewer frosts, more frequent and more severe droughts with a greater fire risk, drier winters and springs, and sea level rise resulting in coastal erosion.

“All of these impacts have obvious consequences for everyone in the Bay – from residents living next to the sea to orchards in the plains and farms in the hill country,” Adele says.

Registration for the workshop is open, but space is limited. For more information and to register visit www.3r.co.nz/what-we-do/climate-action-hb/ or email info@climateactionhb.nz