Hawthorne’s Supplies Coffee To The Country 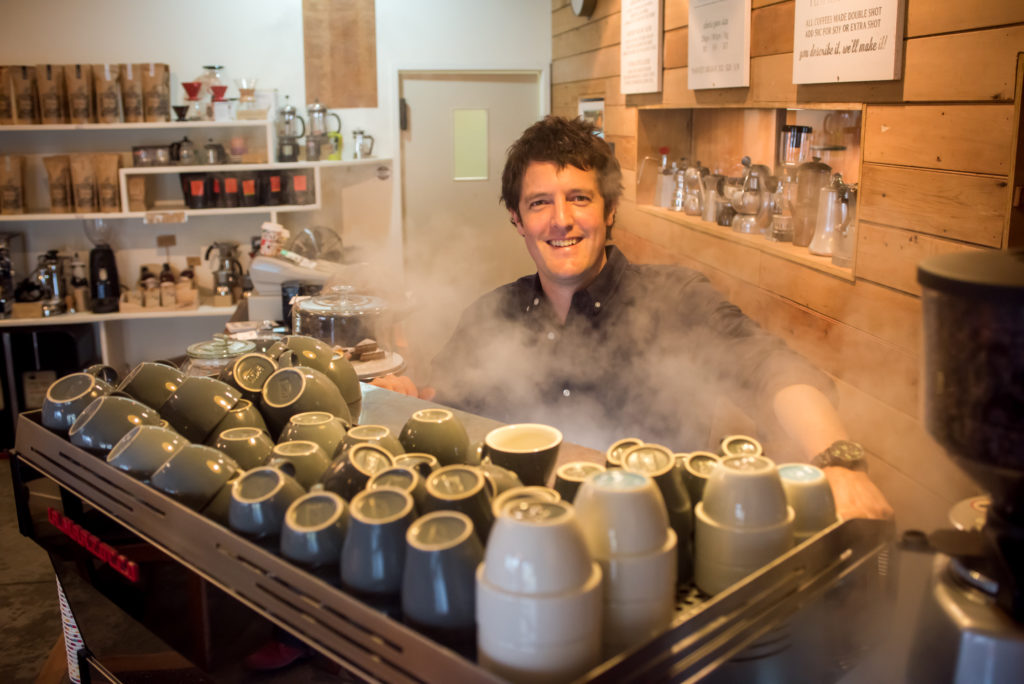 Tom and Benita Ormond arrived home from their OE with dreams to run a business together and start a family. Having both grown up in Hawke’s Bay they hoped that that would be the place of the future. Chance is a fine thing, as it turned out. A small coffee shop and roastery in Havelock North came on the market. Benita’s father, Ben Gaddum saw the potential. So, in 2005, Ben bought the business and gave them the opportunity to expand and grow it into a handsome proposition. Before working in England and Scotland, Tom had worked on film and television sets around New Zealand so he knew the importance of high quality coffee – beans and brewing. Hawthorne Coffee Roasters is now a multi-award-winning artisan producer of Arabica coffee blends for cafes, restaurants, offices and homes around New Zealand. “Just because we’re a small business in a provincial region doesn’t mean we can’t supply nationwide – nothing is prohibitive,” says Tom. It’s no big deal for Hawthorne’s baristas to make more than 400 cups of coffee in a day at its delightful espresso bar, where patrons can watch the roasting process in action. Tom and Benita, in their thirties and with three young children, live in the countryside which is less than four kilometres from their business. “We have everything on the doorstep and that includes great wineries, bars, cafes, and restaurants.” There is no shortage of places to eat and the operators are really on to it. The reality is that when you have kids the focus is on family and you’re not heading out every night so Hawke’s Bay comes into its own as a fantastic place to live.” The integration back into Hawke’s Bay life was easy for Tom and Benita as both had family and friend networks to tap back into. “But it’s an easy place to make your way even without those networks. People from here are welcoming and supportive. There are always events, meet and greet and business functions to go to and build new contacts.” “We didn’t come back from overseas just to keep working 60 hour weeks. This is a relaxed place to live but full of innovative individuals who are doing really clever things.”