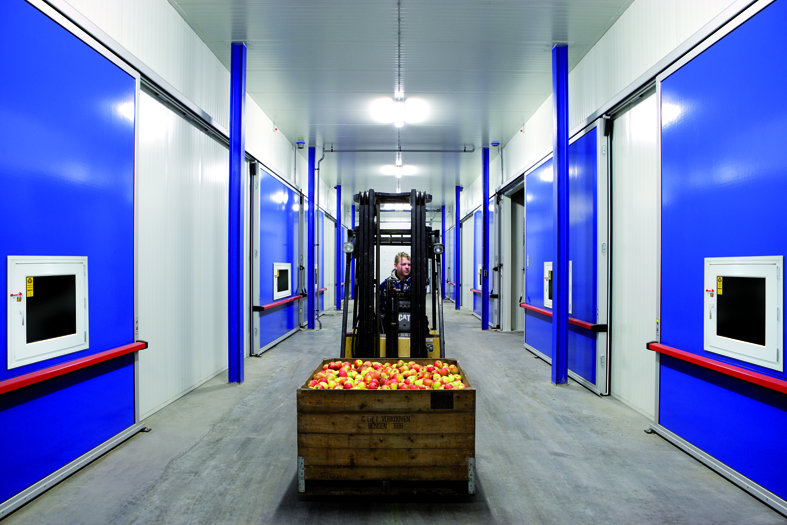 “Incredibly clever” technology that elevates cool rooms into a state-of-the-art controlled atmosphere chambers is helping Hawke’s Bay’s growers make the very best of their crops. It is not just about chilling fruit, it is about controlling the air conditions inside the cooler to hold it in the best possible state until market conditions are optimal; which could be any time over the 12 months after the crop has been picked. Next week, growers have the opportunity to learn more about that technology from the Europeans who make it. The system essentially puts the fruit into a state of suspension. “Fruit breathes in a similar way to us, drawing in oxygen and expelling CO2. By carefully managing those two elements, we can effectively put the fruit into a state of hibernation,” says Hillmac Electrical’s Tony McKenna. The size of Hawke’s Bay’s apple industry makes it a logical fit for the technology. It is the second largest apple growing region in New Zealand and the industry contributes more than $200 million to Hawke’s Bay’s GDP. With more than 3000 people employed in the industry, its success is important to the whole region. More than 89 per cent of the New Zealand crop is exported – and choosing the time to sell onto overseas markets is very important. Two of the critical moments in fruit growing that have a major impact on sales and therefore income, are choosing harvest time and then being in a position to choose the time to go to market. By using Besseling controlled atmosphere technology and the latest in gas-tight doors by Salco, both being brought into Hawke’s Bay by Hillmac Electrical, growers are able to successfully store fruit for longer without the use of chemicals. The technologies are a real “game-changer”, says Mr McKenna. “And these guys really do know what they are doing. They come from generations of orchardists, so they have an exceptional understanding of the industry and its needs.” Representatives from Besseling Group and Salco will arrive on Monday. They will talk to pip-fruit industry leaders on Tuesday and take a tour of two facilities that already have the units installed, says Mr McKenna. “The European technology has technically been available here in New Zealand for a while. But we wanted to make sure we had the right technical support to ensure we can get the very best out of it. We have that with these companies.” Mr McKenna said Hillmac team members had been fully trained in the technology and had a ‘hot-line’ to the company, should it be needed. Hillmac had installed 42 CA rooms at two sites in the region. “It has been brilliant to have two major growers already take up this technology. What sold it to them, I believe, was that they could have confidence that that although the manufacturers were off-shore, they would still get the top-line service you would expect when making this kind of investment. “Using it means that when you  put your fruit into your cool room in its optimal state, just off the tree, you can be confident that when the best time comes to sell it, it will be in a condition that is vastly superior to cool room-only fruit.” Posted: 10 May 2019