Opportunity To Stand Out 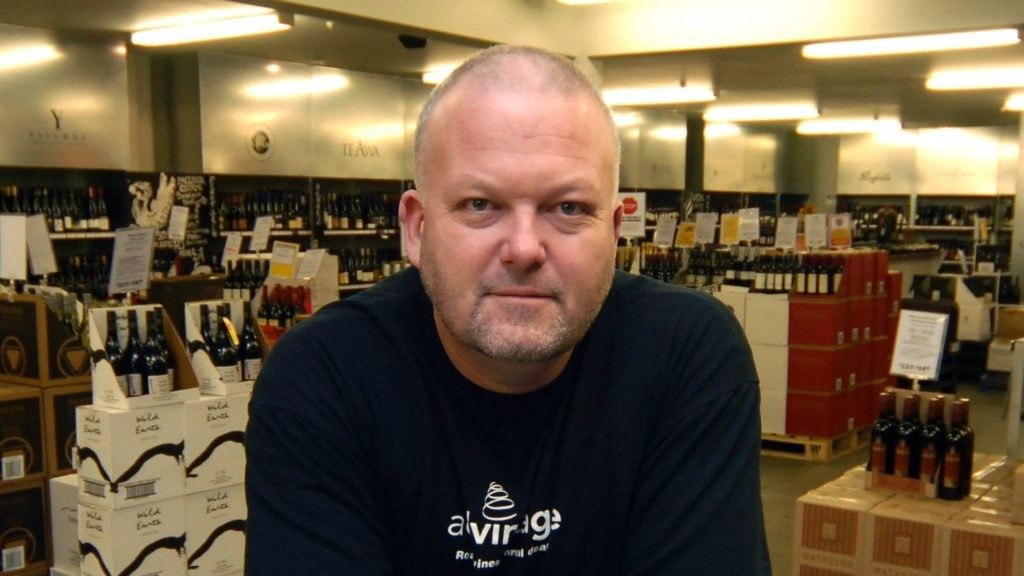 Sourcing great wine deals every day is giving John Macpherson, known to all and sundry as ‘Mac’, the ride of his life. Having swapped a successful global data company for a wine shop, he has used his larger-than-life personality and marketing skills to turn Advintage, in Havelock North, in to one of New Zealand’s largest online wine retailers. Or as Mac, the king of the marketing one-liner would say, a wine shop on steroids. While the shop in Donnelly St is a must-visit for anyone who enjoys wine and loves a bargain, it is the online business which has made Advintage such a success. It started in 1999 in a draughty shed as a bit of an indulgent adventure for Mac after selling a software company. He would buy in cases of wine then fax a few mates, and bar and restaurant owners with news of the latest deals. “The concept was around providing somewhere for people interested in wine, but who didn’t want to feel intimidated by fine wine store pretentiousness. That hasn’t changed. “My plan was always ambitious – to own a business with a national presence. It was never going to be limited to a Hawke’s Bay market.” John Macpherson, Owner, Advintage says “There’s an oasis of opportunity here to stand out if you’re running a metropolitan standard business.” It is testament to Mac’s passion for the business that the 2017/18 financial year has been the best ever. Advintage reaches more than 85,000 people through various marketing channels, thousands of cases of wine depart the Advintage warehouse every month and it can often sell many hundreds of cases of the same wine in a day. Auckland is the biggest market and orders received before 4pm can be on the buyer’s doorstep by breakfast time the following day. The delivery might be a deal on great quaffers under $10 through to high rollers such as three-litre jeroboams of champagne. “Advintage was an early adopter of e-commerce, way back when people thought it was something cool that wouldn’t last, something a bit avant-garde, yet now it’s obligatory. E-commerce was a real game changer for us.” Mac is certainly experimental and innovative, pushes the boundaries of the accepted business norm, but has built a reputation of offering better deals, better service and a down-to-earth attitude about wine. That desire to demystify, take the snobbery out of wine led him to a recent business add-on, the Village Quaffers. Once a month Advintage holds a $10-a-head wine tasting at the Havelock North Function Centre, which is often filled to its 200-person capacity. “It’s grown in to one of the biggest, if not the biggest wine club in New Zealand. “We provide eight wines each time, from all around the globe, all priced under $20. That’s where the majority of people want to spend their money. “Some who come are there for the esoteric side of wine tasting, but most are actually scared of it. We provide a down-to-earth learning environment for the latter group. “It’s a lot of fun, informal and at the end of the night loads of wine is sold which is the name of the game.” Mac thought, but only briefly, about opening an Advintage store in Auckland, which along with Wellington and the South Island are the business’s biggest markets. He knows he’d make more money, but the pleasure he derives from his lifestyle in the Bay outweighed the dollar value. “Havelock North is a real community and Hawke’s Bay an idyllic holiday destination, but it is also an amazing place to live, work and prosper. People get excited when they come here, so I say: ‘shift here’.” In recent times he’s noticed younger families arriving in the Bay from both overseas and the cities, seeking a balance between work and lifestyle earlier in life than has previously been the case. “If you’re smart you should come to Hawke’s Bay and you’ll do well, there’s an oasis of opportunity here to stand out if you’re running a metropolitan-standard business.” Posted: 9 July 2018