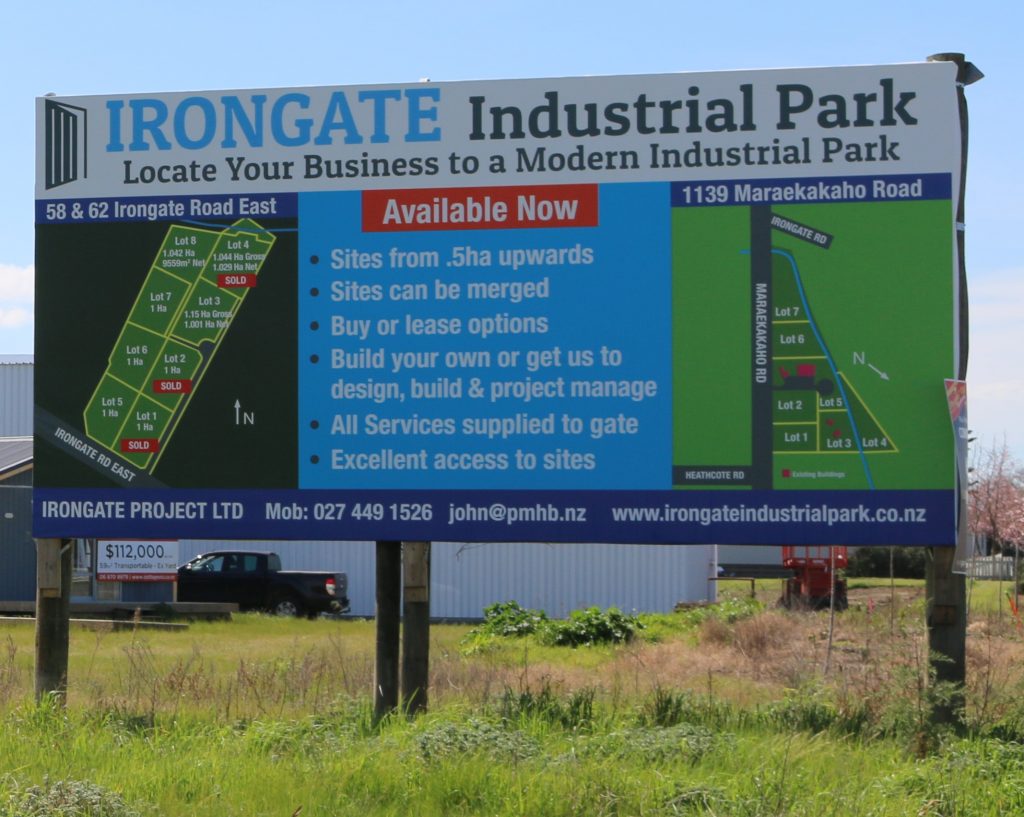 A buoyant local and national economy is likely to generate continued strong demand for industrial land in Hastings, one area of which is the Irongate Industrial Zone. Escalating growth in the pip fruit and other industries has been a driver for increased activity in this 115 hectare zone over the past year due to a growing need for packing, fabrication, manufacturing and cool store facilities in the region. The new Sunfruit Orchards Limited pack house and cool store have been operational since May 2018 similarly, Axis CNC Routered Innovations have now resided on site since early 2018.  Others are closely investigating the area, including logistics, transport, manufacturing, fabrication and wholesaler businesses. In 2018, nine resource consent applications were submitted to the Hastings District Council for the area, six building consents were issued and two more are currently processing. The main water and wastewater services for the zone have now been installed and are available for connection. In addition, the Irongate Road East cul-de-sac is built and the council is preparing to make significant improvements to the rest of the road – planned for the first half of 2019. A new roundabout at the intersection of Maraekakaho Road and Irongate Road East is in the design phase, and construction is scheduled for the 2019/20 financial year. Hastings District Council’ s economic development and urban affairs committee chairman, councillor Damon Harvey said there are some exciting prospects for Irongate with the likes of Sunfruit Packhouse and Axis Laser already operating and more expected to commence construction in 2019. “Irongate is a very attractive industrial zone being close to main transport routes and surrounded by many horticulture enterprises.” Hastings mayor Sandra Hazlehurst said that since the council rezoned this land for industrial development the uptake from developers has been significant. Posted: 21 December 2018