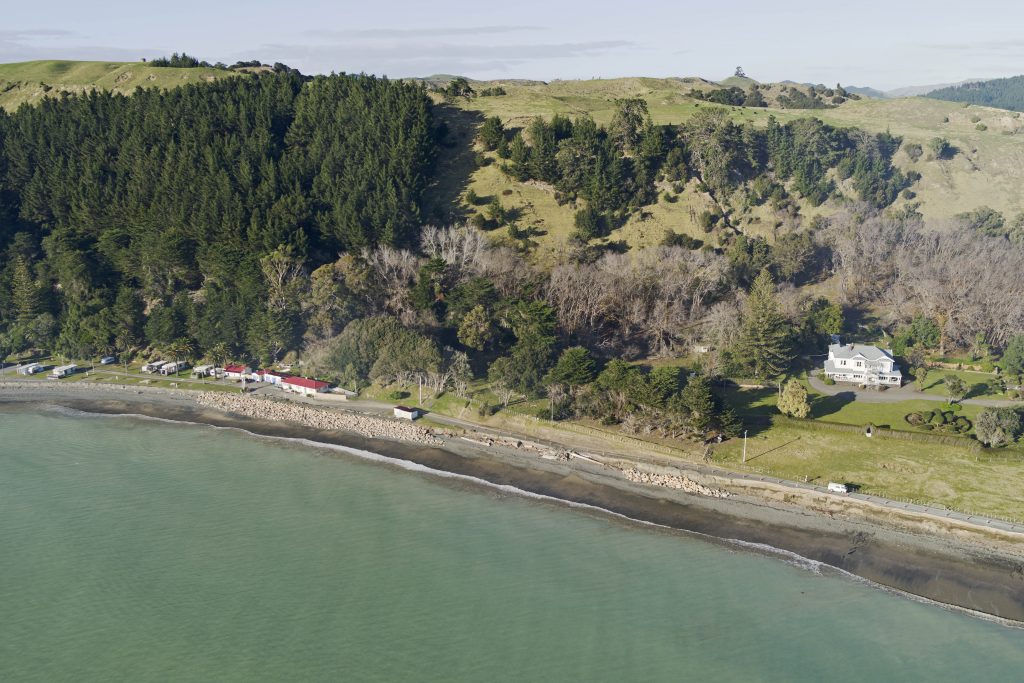 A sea wall to protect the Clifton coastline is close to being a reality, aimed at safeguarding public access to the Clifton boat ramp, the camping ground and the gateway to Cape Kidnappers, one of the region’s prime tourist destinations. The Hastings District Council’s strategy planning and partnerships committee today recommended that the council go ahead and construct the limestone rock wall, designed to last for more than 50 years. As part of the Annual Plan process last year, Hastings District councillors voted to proceed with a plan to build a protective sea wall, subject to gaining the required consents from Hawke’s Bay Regional Council. Consultation on building the wall attracted almost 3000 public responses, with 72 per cent either in favour of the plan or neutral. As part of the Annual Plan process the topic attracted a further 23 submissions, with 20 in support of the wall. A 90-metre temporary sea wall had been built five years ago to protect the entrance road to the camp while longer term measures were considered, the consent for which expires at the end of this month. Having had the new consent application granted the Hastings District Council would now build a new 400m wall, stretching from in front of the camp to in front of the Clifton Café. This consent was for a term of 35 years. In the meantime, emergency works requested by the Clifton Marine Club and Clifton Reserve Society had also been completed over the last two months, with about 1000 tonnes of limestone rock installed adjacent to the camp access road to protect against possible storms this winter. Both the temporary wall and emergency works would complement the new sea wall, a final step being to gain archaeological approval from Heritage NZ. Councillor Rod Heaps said the decision had been a long time coming. “It’s been a long journey and it’s taken a lot of dedication and determination by some passionate and hard-working members of the community who have driven this for the benefit of the wider community – it’s pleasing that we can now get on with this and get it done.” Councillor Ann Redstone said it was a great outcome as the cost of continuing to do nothing would have been far higher. “Losing access to one of our most iconic tourist attractions would be a tragedy for the region as over 30,000 tourists access the gannets nesting colony via the Gannet Beach tours alone, and many thousands more by other ways such as vehicle or walking.” The $1.2 million wall would be funded through a loan, with contributions from the Marine Club and Reserve Society. Photo: An aerial shot of the area where the sea wall will be built on the Clifton coastline Posted: 11 August 2018