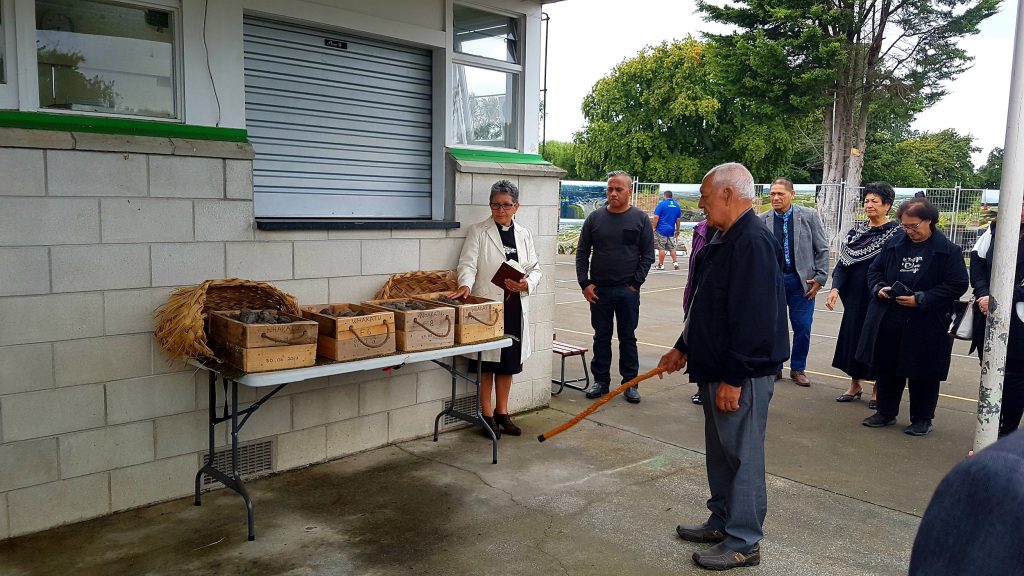 About 80 people gathered at the Mangateretere Hall on Saturday, February 23, to celebrate the successful completion of the Whakatu Arterial Link route project. Planning for the route’s construction began six years ago, and the event was an opportunity to acknowledge the collaboration between the council and the community on the largest roading project in Hawke’s Bay since the Napier-Hastings Expressway was built in 2002. Now named Te Ara Kahikatea, Hastings mayor Sandra Hazlehurst told attendees the road’s name was a fitting reflection of the strong partnerships between mana whenua, the community, the businesses and other councils in the region, all of whom aided this major project. “Te Ara Kahikatea is a perfect name for this road – Te Ara meaning path and Kahikatea being the country’s tallest native tree. It reflects the significance of Kahikatea to the Heretaunga region, and their prevalence in the swamps that covered this area in the 19th century. “This name came from many conversations with stakeholders and recognises the important role mana whenua had throughout the entire process of building this connection.” Whakatu community leader Des Ratima ONZM, JP, also noted the appropriateness of the name, coming from a tree that thanks to its intertwined root system was strong enough to withstand any challenges from the natural environment. The root system also symbolised the relationship between the Hastings District Council and the community, he said. “There has been a collaborative and co-design process throughout this project, after fierce opposition to the earlier Northern Arterial route proposal. “It’s taken us maybe 10 to 12 years to get here since the Northern Arterial was first talked about and a large amount of money has been spent. “But this second Te Ara Kahikatea project has gone smoothly – there have been protocols in place to manage the process, and the result is a beautiful road that flows like a river.” Mr Ratima added that the discovery of cooking stones along the route was a significant archaeological find with carbon dating fixing occupation in the area back to the 15th century. “This find confirmed our stories of long-held mana whenua for this area.” Mrs Hazlehurst said the route was an important roading connector that would help people travel safely across the district. “I also wish to acknowledge the impact this project has had on local businesses and industries and we thank you for the patience and understanding throughout the project.” She also thanked the contractors who got the project completed ahead of time and on budget. Photo: At the community celebration held last Saturday Kaumātua Bevan Taylor blessed the cooking stones unearthed during the construction of the new route. Posted: 26 February 2019