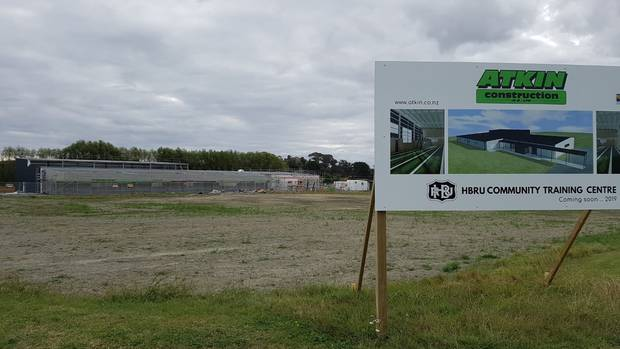 The Hawke’s Bay Rugby Union is hoping to be in its new Community Training Centre some time in August.

While McLean Park will remain the venue for all major matches in Hawke’s Bay, the centre – on land near the eastern end of Park Island reserve and being built at a cost of about $1.9 million – will house training facilities including a six-lane, 60m sprint track plus union offices and meeting rooms.

Union chief executive Jay Campbell said funding was coming from a mixture of the union’s own reserves, charitable trusts and philanthropic donations.

For more on this and other great Hawke’s Bay stories go to hawkesbaytoday.co.nz Posted: 20 April 2019