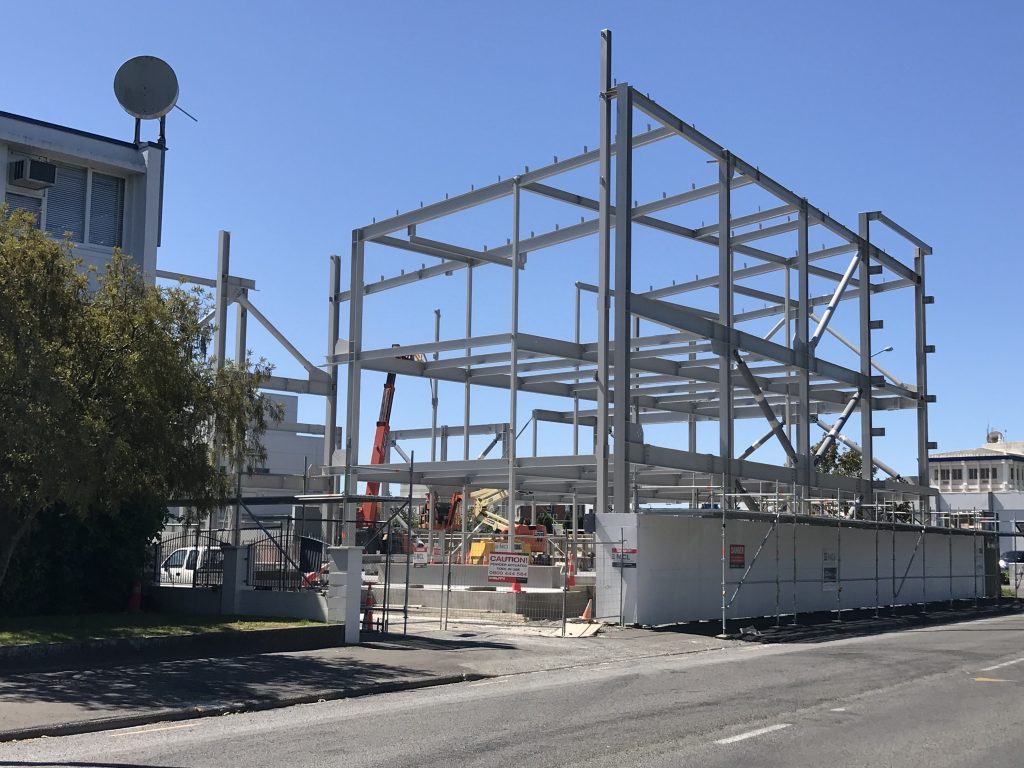 Another milestone has been reached on the construction of the Eastern District Police headquarters in Hastings with the arrival of the first load of steel beams, and core braces installed on site over the last two weeks. Construction of the building, that will also be the Hastings Police Station, began in April this year after two years discussion between police and Hastings District Council to bring the project to fruition. Work has continued steadily over the winter months, with Patton Engineering on the job manufacturing the steel beams at Whakatu, the longest measuring 15 metres and weighing two tonnes apiece. A ship had arrived from the United States to the Port of Napier with a load of core braces, which along with the ground underneath the building being earthquake strengthened with concrete, would add extra reinforcement. The core braces acted like a shock absorber on a vehicle and most of them would be fitted to the external walls, and would be a feature for the overall look of the building. When finished, the purpose built building would be a three-storey, state-of-the-art facility, which represented a $19.8 million investment into the Hastings district economy. The build is due to be completed by the end of next year. Hastings Mayor Sandra Hazlehurst said the council was thrilled to have the Eastern District Police headquarters in Hastings city. “This is a significant project which will house essential police roles within our CBD and is an enormous investment in our district.” In conjunction with this build, the Hastings District Council has committed to reconfiguring its Emergency Management Centre on Lyndon Road East. If disaster struck, and the Police headquarters was not functioning, this would mean there was space available for the police at the upgraded Emergency Management Centre to carry out their emergency response work. Photo: The diagonal core braces on the new building will help strengthen it to withstand earthquakes Posted: 17 November 2018