Re-Leased supercharges for global growth from the Bay

Hawke’s Bay is not all about growing great apples, grapes and beef and lamb – it’s also growing great technology businesses. Fibre broadband enables technology businesses to be based in the provinces and Hawke’s Bay has a tech hub in Ahuriri that boasts one of New Zealand’s most successful tech companies in Xero and fast up and comers like Re-Leased. Re-Leased founder and CEO Tom Wallace is on a mission to double the size of his current team of 60 staff across the globe with many calling Hawke’s Bay home. Phil Gale has been involved in developing the online software for service property management platform with users in over 50 countries since the beginning in 2012. Re-Leased processes commercial and residential rent transactions worth $500 million a month. The Hawke’s Bay office is where the software development is constantly enhanced by a team of developers. Other roles include Business analysts and quality assurance. Re-Leased also has offices in Auckland, Melbourne, London and Birmingham and has plans to open Denver, United States. Re-Leased has set heady growth targets and has allocated $10 million over the next three years for what it’s calling a ‘Homegrown Talent Activation’ campaign. It has partnered with EIT to offer students practical experience via internships and is also attracting more experienced people to the region by offering the $5,000 relocation bonus. 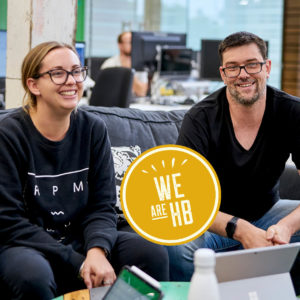 “We are really keen to grow the team here in Napier, and we have made a big drive to attract talent from outside of the region. We’ve been reasonably successful in bringing talented people from Auckland, Wellington and other regions. “The appeal for these guys is really the opportunity to work on a world class product but also have the lifestyle and be able to afford a home here in Hawke’s Bay. “With technology these days there is no reason why you need to be in any specific location to build a global company. We’ve been able to do it really successfully from Hawke’s Bay and we export all over the world now. “We’ve got great people, we’ve got a great environment and we’ve got all the technology you need to be able to communicate and work with anyone around the world. Location is no barrier to developing world- beating software,” says Phil.