Welcome to our Hawke’s Bay
This great place 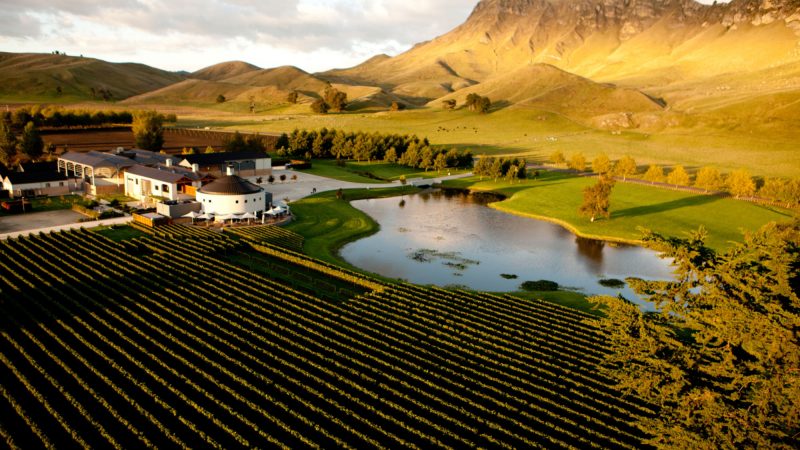 It’s sunny – 2,200 hours of sunshine each year. We have 350 kilometres of stunning coastline and mountain ranges that shelter our fertile plains and help make this North Island region on New Zealand’s East Coast a haven for horticultural and agricultural production. The warm, dry climate, our food, wine, architecture and extraordinary environment make Hawke’s Bay an extraordinary location.

Te Mata Peak and Cape Kidnappers, with its famous gannet colony, are outstanding landscapes and you can savour this extraordinary scenery from more than 180 kilometres of walking and cycle trails.

The Hawke’s Bay region includes the hilly coastal land around the northern and central bay, the floodplains of the Wairoa River in the north, the wide fertile Heretaunga Plains around Hastings in the south, and a hilly interior stretching up into the Kaweka and Ruahine Ranges.

Five major rivers flow down into the coast of Hawke’s Bay. From north to south, they are the Wairoa River, Mohaka River, Tutaekuri River, Ngaruroro River and Tukituki River respectively. Lake Waikaremoana, within the Te Urewera National Park, is situated in northern Hawke’s Bay roughly 35 km from the coast. It is the largest lake in Hawke’s Bay, 4th largest in the North Island and 16th largest in New Zealand. Te Urewera is home to one of New Zealand’s Nine Great Walks: Lake Waikaremoana Great Walk

Back to Welcome to our Hawke’s Bay