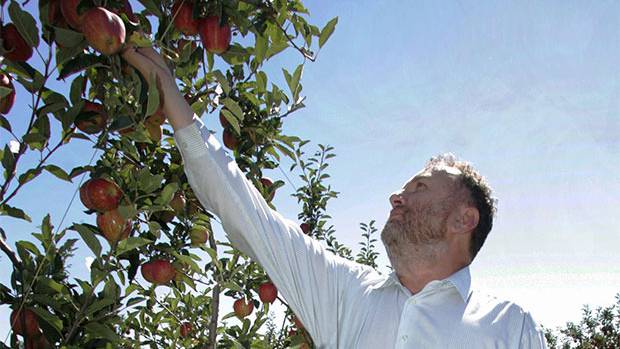 Provincial Growth Fund money is to be spent on jobs growth for New Zealanders in the Hawke’s Bay horticultural industry.

Part of a $1.1 million spend announced on Wednesday by Minister of Regional Economic Development minister Shane Jones, it will establish and support a horticulture and viticulture careers co-ordinator in Hawke’s Bay for 12 months.

Such a position is already in place in his home region of Northland and the announcement effectively extends the project to Hawke’s Bay, Bay of Plenty, Manawatu, the upper South Island and Otago.

Photo: Still with it, Shane Jones as Associate Minister of Immigration in a Hawke’s Bay orchard in 2008. Now he’s announced a scheme to find more locals for the work.

For more on this and other great Hawke’s Bay stories go to hawkesbaytoday.co.nz Posted: 24 May 2019