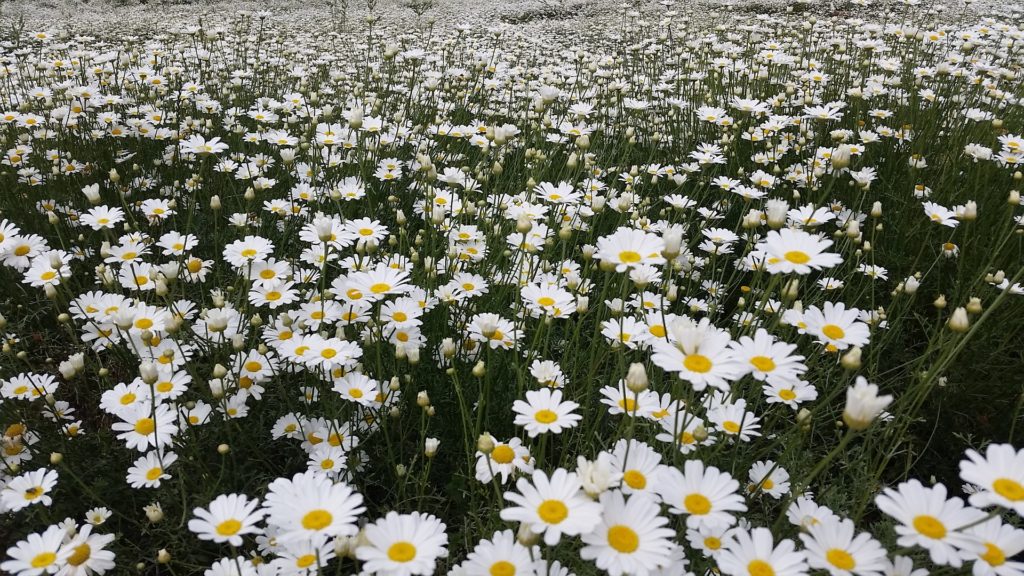 PyrethrumNZ is New Zealand’s only producer of the natural insecticide active ingredient pyrethrin, which they extract from pyrethrum daisies grown right here in Hawkes Bay. Pyrethrins are already the world’s most widely used plant based insecticide and demand for them is expected to double in the next 5 years as ‘environmental consciousness’ has been identified as the foremost mega trend influencing food and farming industry sectors. “We have only been in business four years but already our product is behind brands both locally and internationally” says director Greg Duncan. “Our goal is to not only produce a world class product but also help usher in a new era of sustainability.” “Everything has fallen into place nicely” said Greg. “Not only did we have first-to-market advantage but we also had brand New Zealand behind us and that speaks volumes to international customers who are searching for a clean green solution. “ We asked Greg why he had ventured into insecticides. “I admit it’s not something you naturally think of when you are taking careers advice” he laughed. “I had worked in IT for 25 years and was looking for a change. You could say it was my mid-life crisis. The media are full of stories reporting the collapse of biodiversity and the poisoning of our planet. It was shocking to me and I wanted to make a difference but didn’t know how, that is until I came across pyrethrums. This was something I could do“. “I know it doesn’t seem a natural step to get into insecticides when you are trying to save nature but it’s true. When you read about the long term effects of systemic insecticides you immediately realise that there has to be a better way. People won’t change unless you give them an alternative and a reason to change. That’s what we are all about. We don’t just grow fields of beautiful flowers, we educate people as well.” “The bees are great example I often use to illustrate the problem as people have usually heard of their decline. This hasn’t come about because a farmer is driving around spraying insecticide into the air. It has come about because farmers are using systemic insecticides. These are taken up by the plant and literally become a part of it. Any bee that visits that plant at any time of the day, any day of the year will die. The bees simply can’t escape it. These types of pesticides have been in use for about 20 years and in that time Germany has seen flying insects numbers fall by 75%. That’s madness.” “The lack of persistence is also a huge advantage when it comes to compliance. New regulations coming into force in many countries as well as the EU mean that goods now have to pass strict residual testing for things such as herbicides and pesticides. We get a lot of enquiries from producers who have not met their requirements and are finding their goods blocked from overseas markets. They turn to us looking for an alternative“. “As well as being the only suppler of locally made pyrethrum we are also the only supplier of a 100% natural biodegradable product. People buy pyrethrum in the shops thinking they are taking home a natural solution but what they are getting is a product that is as much made out of kerosene as it is pyrethrum. That’s how the manufacturers here get it when they import it from Australia. They can’t control it. We can and so we blend our pyrethrum with coconut oil or organic olive oil. It just makes sense“. When asked about the success of the company Greg said, “We are still small scale. We have spent a great deal of time conducting trials and research but now that we are up and running things are changing fast. We have sold product into Israel and Australia and we are in discussions with companies from India, Russia, England, South Korea, Singapore and the EU. They all see the market value of being able to add clean green New Zealand to their product labels”. “The problem is we can’t scale up fast enough. That’s what we are focusing on now, a dedicated factory is going to help tremendously.” We asked Greg why PyrethrumNZ had set up in Hawkes Bay. “I was born and bred here”. Greg told us. “It’s a great place for lifestyle and a young family and it just so happens that with its fertile soils, frosty winters and hot summers it is also the perfect environment for growing pyrethrum plants. The droughts are a big problem for a lot of crops but not pyrethrum. We didn’t irrigate once last year”, explains Greg. “The plant evolved on rocky arid landscapes so even a bad day here is good compared to where they have come from.” Where to from here we asked? “We need the new factory first and hopefully we can complete that in the next 12 months”. Greg replied. “After that we will be looking to contract out the growing to local farmers. Beyond that?… who knows” he grinned… “one step at a time”. Anyone wanting to contact or find out more about PyrethrumNZ and their products can do so at their website www.pyrethrum.nz Posted: 7 June 2019