The Stars Are Aligning For Hawke’s Bay’s Sheep Farmers 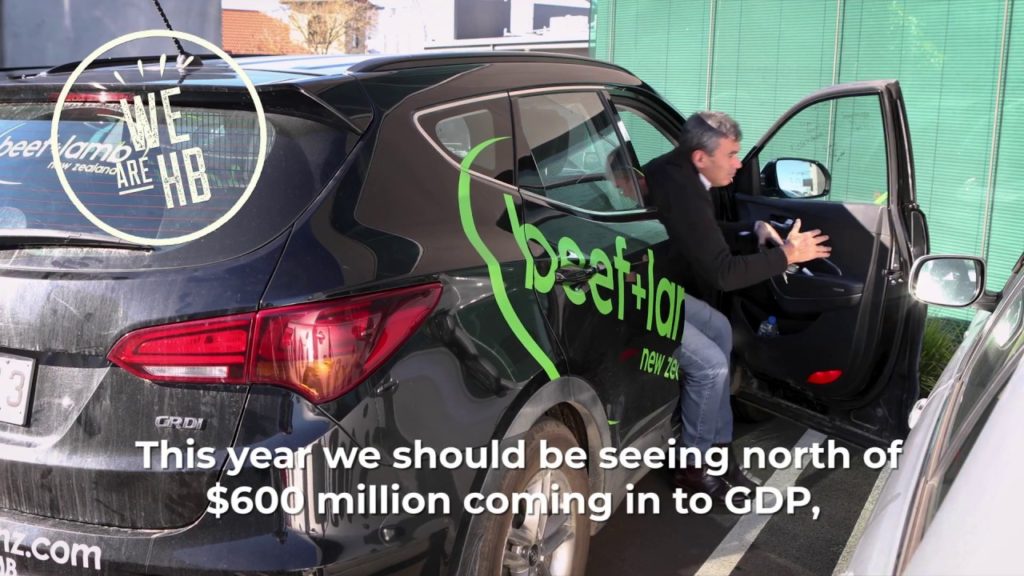 https://youtu.be/duwF_QjZaWM All the stars are aligning for Hawke’s Bay’s sheep farmers with their industry returning over $400 million into the region’s growing economy. Hawke’s Bay, a top regional economy in New Zealand, has a booming primary sector, with sheep farming recognised as a standout performer for its lamb and mutton exports. Industry leaders are championing sheep farming as a highly sophisticated business, where every point on the value chain is aligning to ensure a very bright and sustainable future for Hawke’s Bay’s strong economic outlook. About 7000 jobs are directly related to on-farm and the meat-processing sector in the region with an annual wages of $345 million. The East Coast of the North Island represents 25% of New Zealand’s sheep numbers, with the Hawke’s Bay making up the largest producing region with 40% of the lamb and mutton kill. In just 10 years lamb productivity has increased 30% and export prices are expected to triple this year from $53 to $130 and climbing. Despite New Zealand’s massive and continual drop in sheep numbers from 70 million in the 1990 to 27 million, the average kill weight is now 18.6kg, compared to 13.4kgs in the 1990s. Hawke’s Bay Primary Sector Professional of the Year Mark Harris says today’s sheep farmers are very sharp operators running a complex production system. “They’ve become better breeders and better feeders with lower stocking numbers – they’ve got the balance right. Hawke’s Bay is exceptional livestock finishing country. “As farmers they’re focused on protecting and enhancing their farm land for the future, investing in genetics and they understand what feed they need to grow – better grass, more clover and fodder crops.” Harris, from Beef and Lamb New Zealand puts the sheep industry’s success, down to all the elements coming together. New Zealand’s Trade Envoy Mike Petersen, who farms in Waipukurau, agrees: “All the stars are aligned and we have an industry doing phenomenally well.” Along with the impressive on farm efficiency gains, Petersen credits the significant advances meat processors and exporters have made through market diversification, adding value and extracting greater yields. “Processors have increased the shelf life  of product and diversified markets to ensure they’re maximising value of every component from a carcass.  There’s so much value added by working closer with customers using chilled technology and expanding our range of meat products, which are in huge demand globally. “It’s a highly sophisticated business.” Petersen says New Zealand can’t underestimate the influence of China, one of the greatest protein consuming markets in the world. “There’s been incredible and sustained demand for all cuts of sheepmeat from China with the impact of a 30% cull of the pig herd following the outbreak of African SwineFever. “ Petersen also sees an opportunity for sheep to play a greater role in nutrient management, if profitability continues but that would depend on improving wool returns. “We could see a changing carbon footprint, as more farmers incorporate higher sheep stock numbers, rather than in cattle into farming systems.” Posted: 6 July 2019