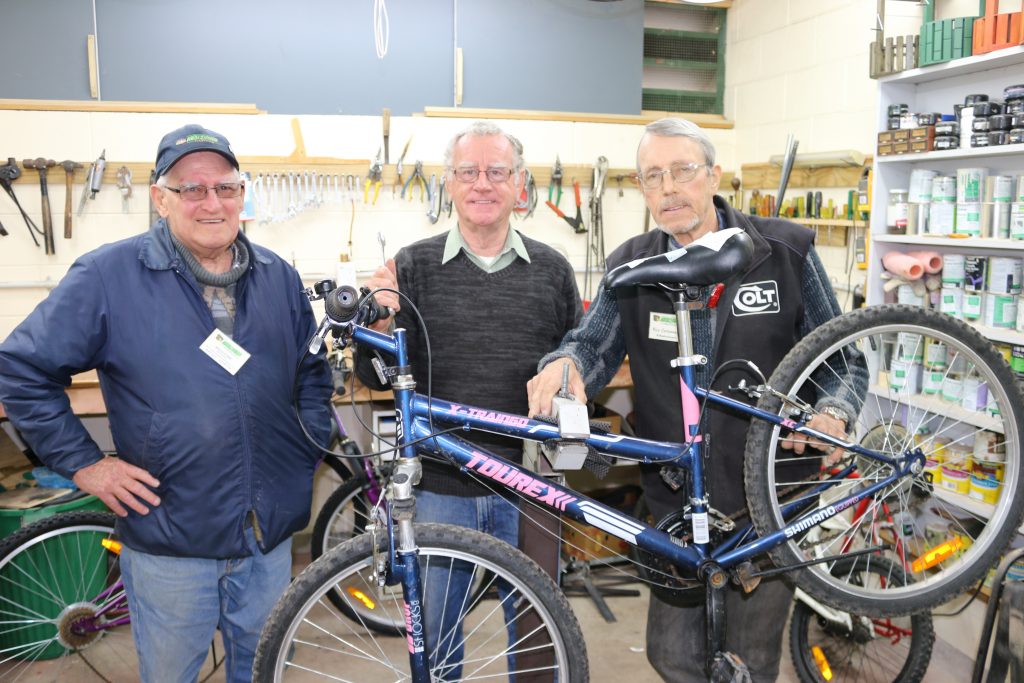 Since they opened their doors two years ago members of the Hastings MenzShed have restored a multitude of broken down bikes, getting them back on the road rather than consigning them to the scrap heap. Their efforts have been supported by the Hastings District Council through its Contestable Grants Fund for this financial year, with an allocation of $2000 towards the group’s voluntary efforts in the community. MenzShed chairman Ric Coleman said the bicycle repairs were one of many projects the group carried out, and that on average they received about 15 bikes every six to eight weeks. “Someone may have found a bike in a ditch with its wheels missing and bring it in, or the police may have found them abandoned. “They check their records to try and track down the owner and if this ends up not being possible they will turn up with a trailer-load for us to repair.” After stripping the bikes down, parts are replaced as needed, the bikes given a paintwork touch-up and once they are good as the new the police may redistribute them, or they are donated to community groups. Mr Coleman said the money from the council would be used to buy new parts such as brake pads, tubes and hubs, sold to the group by The Hub Cycle Centre for a discounted price. “The council has bent over backwards from day one to support us. “When we started all our members worked on the bikes but now we also do many other projects – from making photographic units for the Hawke’s Bay Knowledge Bank to replacing the wheels on wooden trolleys for the local kindergartens.” Not only a great way to give back to the community, Mr Coleman said it made good use of the combined years of experience and skills of the MenzShed members. “At the same time we solve all the problems of the world and tell a lot of rotten jokes – and some good ones as well,” he said. The fund is distributed annually to groups developing or delivering a community service or project which fits with Council’s aim of “building a safe, liveable, sustainable community”. Hastings District Council’s social and cultural development committee chairman Malcolm Dixon said the MenzShed’s projects easily fit that criteria. “The MenzShed provides a very valuable service to our community and the repair and distribution of bicycles to those in need is just one example.” Photo: Hastings MenzShed vice-chairman Bruce Cowie, left, engineer Colin Mitchell, and chairman Ric Coleman with one of the many bikes they have refurbished over the last two years. Posted: 14 August 2018