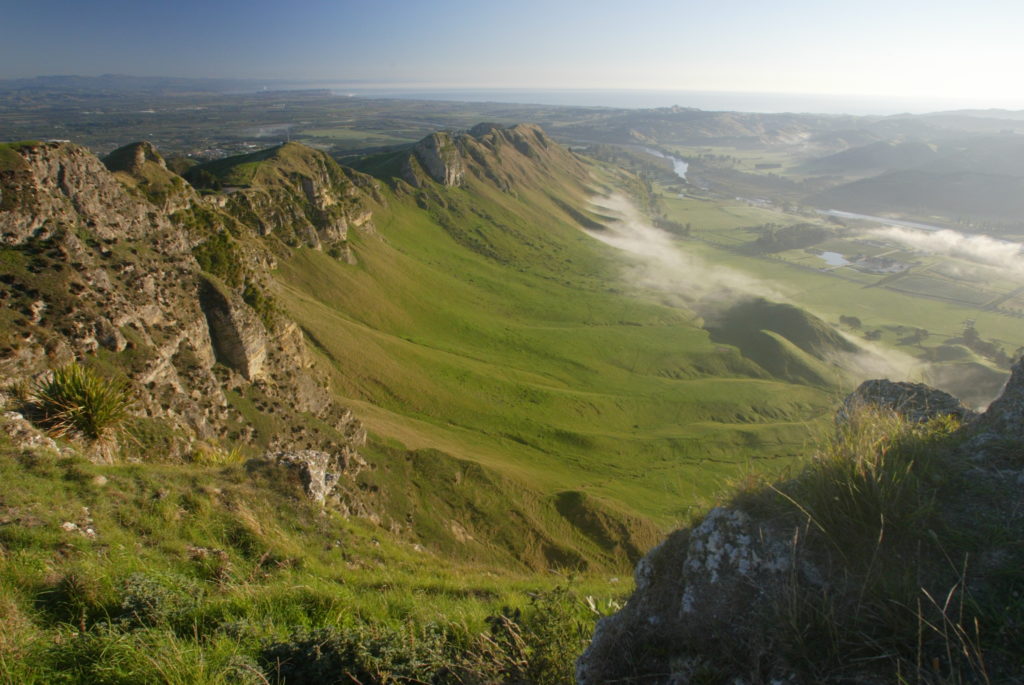 It’s warm – 2,200 hours of sunshine each year. That’s streets ahead of most other New Zealand regions and only a smidgeon behind California. We have 350 kilometres of coastline – think swimming, surfing, fishing and sailing – and mountain ranges that shelter our fertile plains, which produce great food and wine in abundance. This all adds up to a region of alluring popularity with visiting New Zealanders and international tourists who also love our world renowned Art Deco architecture and the outstanding landscapes of Te Mata Peak and Cape Kidnappers, where you can play golf on cliff tops 140 metres above the ocean. The region is fast becoming New Zealand’s cycling capital, with about 200 kilometres of dedicated trails that meander around and between our twin cities of Hastings and Napier. A great region a mere five-and-a-bit hours’ drive from Auckland. OUR GREAT PEOPLE Hawke’s Bay’s population is 160,000 and we’re a happy, healthy and educated lot!Ngati Kahungunu has New Zealand’s third largest iwi population and is centred in Hawke’s Bay. We grow great people – such as industrialist/entrepreneur Sir James Wattie, space scientist Sir Ian Axford, painter Rita Angus, Olympic gold medal rowers Georgina and Caroline Evers-Swindell (now Earl and Meyer), and a pack of All Blacks.

While agriculture, horticulture, viticulture, forestry cropping, manufacturing and industry support services are the backbone of the regional economy, tourism also plays a vital role. Sophisticated new technologies, which have been developed to support our traditional industries, are being exported around the world. The region is in a strong position to take advantage of future economic development.