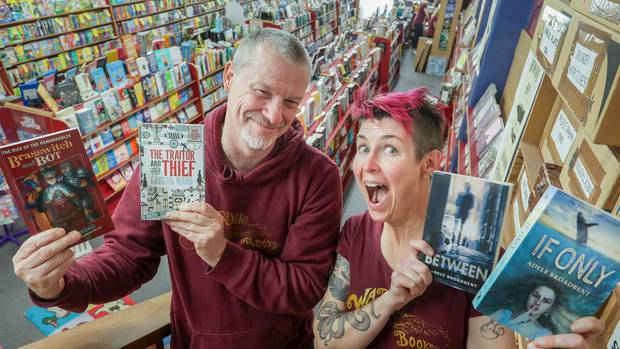 Hawke’s Bay book lovers can now officially lay claim to what they’ve known for a long time – the region has the best bookshop in New Zealand.

Wardini Books, which has stores in Havelock North and Napier, won the Nielsen Bookshop of the Year 2020 in the Book Trade Industry Awards on Wednesday night.

It came as a surprise to owners Louise and Gareth Ward who attended the awards on Zoom.

Sitting at home, Gareth in pyjamas and Louise on the couch with their dog, the couple said they were “completely stunned and surprised” when their name was called out as the winner.

In previous years, bookstores such as Unity Books Auckland and Time Out Bookstore Auckland won, so the couple are stoked there has been a win in the regions.