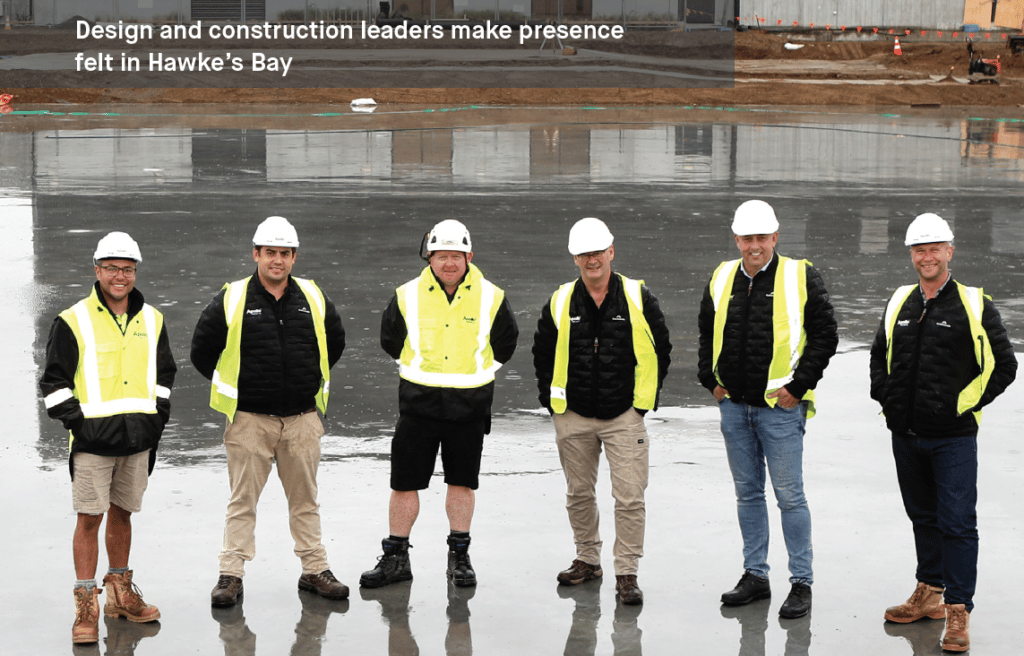 Hot off the completion of a $21 million indoor sport facility in Rolleston, Apollo Projects are simultaneously building two of Hawke’s Bay’s most prominent sport facilities.

Apollo’s Hawke’s Bay Regional manager Steve Bailey said the team is in the early stages of the multi-million dollar Olympic-sized indoor swimming complex at Mitre 10 Park in Hastings and is about to start preparation of the construction site for the indoor court extension at Pettigrew Green Arena in Taradale.

The Apollo Projects team will be based at the Sports Park in Hastings and will service projects across Hawke’s Bay, Poverty Bay, Taupo, Manawatu and Wairarapa.

The business isn’t new to the Bay, completed projects include a cool and dry store complex for Bidvest and a processing facility for ENZA Foods.

Steve has made a permanent move from Christchurch, a move that he’s incredibly excited about.

“I’m hoping this is my last move. Hawke’s Bay feels like an awesome place, the climate is better than I’ve been used and the people I’ve met so far have incredibly helpful and friendly. We’ve got a couple of fantastic projects to start on and there’s plenty of opportunities that match our expertise across the food and beverage sector as well as sport and aquatics facility development.”