Napier based company wins at Excellence in Steel Awards 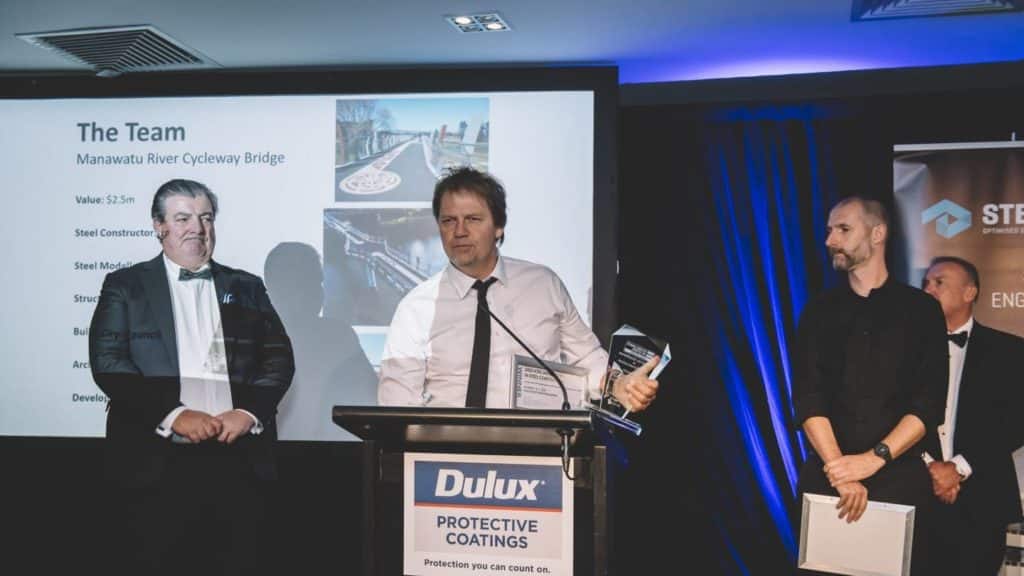 A Napier based structural steel contractor has swept up two awards for two projects – including the second largest steel bridge by mass in the country – at the Steel Construction NZ (SCNZ) Excellence in Steel Awards.

Eastbridge, which is specialist in bridge production, has won awards for the Manawatu River Cycleway Bridge and Bridge 20 which is part of the Transmission Gully project.

The Manawatu River Cycleway Bridge which was started in 2019 and completed the same year won in the $1.5million to $3m category.

The team proposed an alternative and simpler design to what was originally being considered by Palmerston North City Council which saved an estimated 4000 work hours, reducing build time by 12 weeks and saving more than $1m.