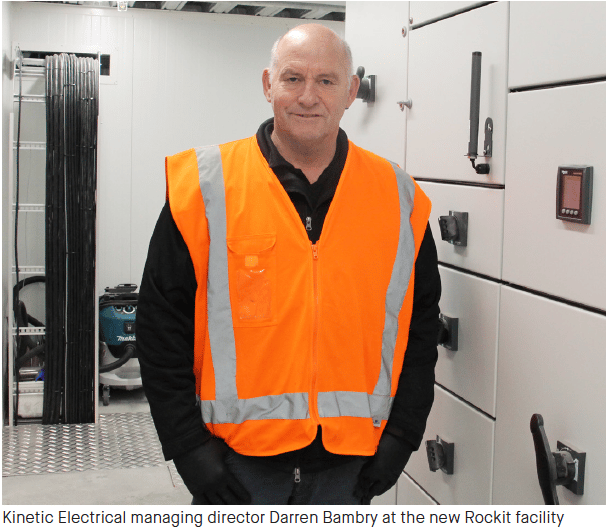 Think Smarter, Work Smarter is the call to arms at Kinetic Electrical and when it came to its role on the new Rockit post-harvest facility, this proved to be the case.

Kinetic Electrical managing director Darren Bambry went to the front line of the project to ensure the tight deadlines were met, stepping up as the lead electrical design and project manager.

Darren says it was all hands on deck as the team worked on three parts of the project simultaneously: as the electrical subcontractor for the cool store system install; as the general electrical installer of all the power, switchboards and lighting; and on the packhouse install alongside CR Automation.

In addition to this the Data, CCTV and Access Control solutions were provided in collaboration with the Kinetic Data and Communications franchise.

Despite losing 5 weeks install time due to COVID19 level 4 lockdown, the deadline of December 1 for the refrigerated cool store didn’t move as it needed to be ready in time for ripe apples.