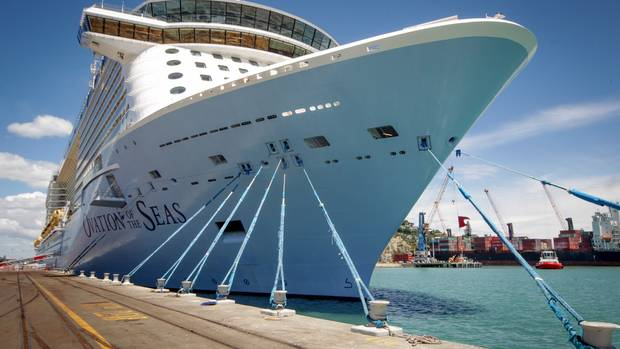 Tourism, visitor management, retail and transportation teams are well used to welcoming a couple of thousand guests off a cruise liner but in Napier yesterday there were a little more than that to cater for.

Like an estimated 5450 passengers in the wake of two cruise ships arriving for the day — within an hour of each other.

One of them a true giant of the oceans in the jaw-dropping form of the Royal Caribbean liner Ovation of the Seas which carries up to 4200 passengers – about the same number as the urban population of Wairoa – as well as a crew of 1300, which in total is only a few hundred short of the combined populations of Waipawa and Waipukurau.

It measures 348m and weighs in at 168,666 gross tonnes, making it one of the largest ships to steer its way into Napier Port, and making its cruising neighbour tied up opposite look rather smallish.

Photo: Ovation of the Seas cruise ship docked in Napier For mor

e on this and other great Hawke’s Bay stories go to hawkesbaytoday.co.nz Posted: 6 December 2018