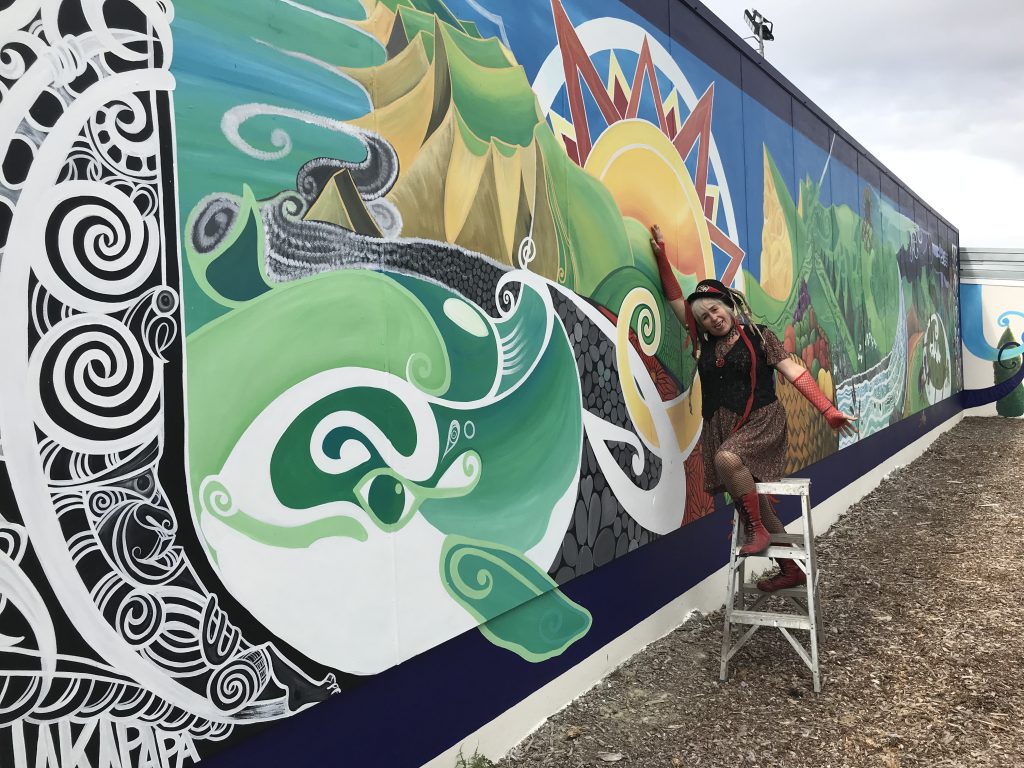 The magic of Hawke’s Bay’s environment, culture, people and places has been captured in two stunning murals that have transformed walls in Hastings and Havelock North. The murals were commissioned by the Hastings District Council and overseen by the Landmarks Trust, with a requirement that they should relate to the space they were in, telling the story of their location, which could be cultural, architectural, historical or environmental. In Havelock North’s Village Green, artist JiL of Aotearoa wrapped up recently after a month of long days in the heat, wind and traffic noise to create her colourful work titled “Tūrangawaewae”. On this 50m2 wall, JiL continued the theme she’s used in other works across Hawke’s Bay, from Wairoa to Hastings, including schools such as Frimley and Parkvale, celebrating the region’s multiculturalism and unique flora and fauna. Her mural traverses the district’s dramatic landscape from Te Mata Peak to the sea, where a friendly orca has come to play. Art Deco elements feature throughout and there’s a nod to Hastings being the fruit bowl of New Zealand. The district’s agriculture, viticulture and horticulture are celebrated, merging into rivers teeming with life, and waterways such as the Karamu Stream with its recent plantings incorporated. Birds are represented in the form of gannets, pukeko, the shag, the now extinct huia, and a cheeky blackbird, and the human impact on the landscape is recognised in the form of structures such as the Sir Ian Athfield-designed Buck House, and the Paul Dibble sculpture in Havelock North. “I’ve used lots of different elements to reflect the many different facets of Hawke’s Bay,” she says. “We have it all, we love it all, great things grow here.” 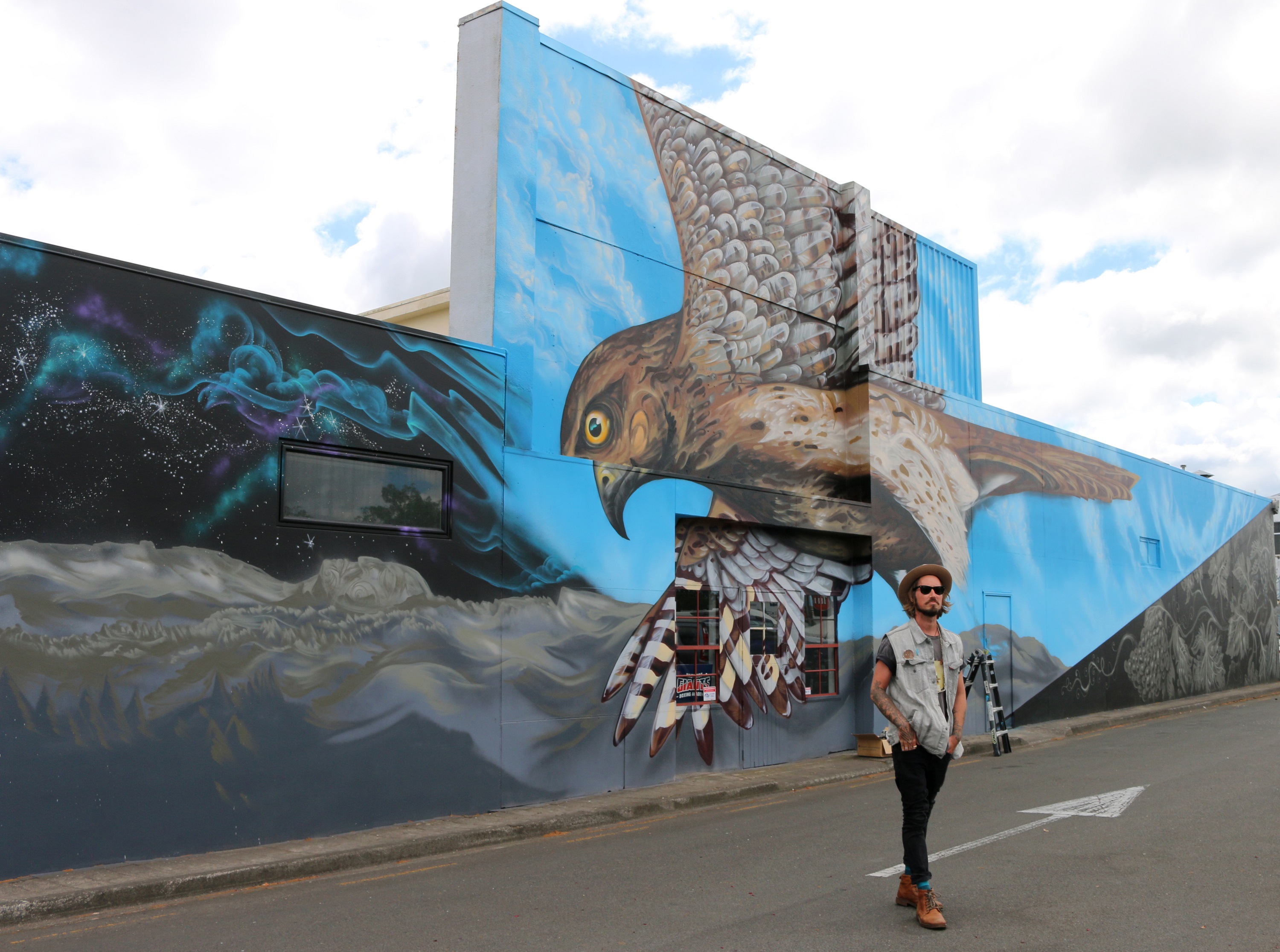 Over in Hastings in the carpark at 108 Eastbourne Street East a 180m2 wall is now home to a work by artist Cinzah Merkens, inspired by a Ngāti Kahungunu whakatauki (proverb), “Te haaro o te Kaahu ki tuawhakarere” or “View the future with the insight of a hawk”. Best known in Hawke’s Bay for his works in Napier as part of the Murals for Oceans project, Cinzah channelled the dramatic Hastings landscape as a background to the main feature of the hawk – which he chose due to the species being common to the area. “Hawks are everywhere and here it is a guide watching over the ranges and the people.” Also featured in his work are grapevines depicting the region’s thriving wine industry, Te Mata o Rongokako, and star constellations including Te Matau a Māui that was used for navigation. Cinzah was putting the final touches on his mural this week, including an overlaid stylised topographical map of the region with all of its major waterways, roads and townships painted in gold acrylic. Hastings district councillor Wendy Schollum, who was on the panel that assessed and selected the mural submissions, said it was great to see the murals in their full and spectacular scale and colour. “What a difference they have made to the previously lifeless and unused walls. “They add to the vibrancy of both sites while also reflecting and communicating the landscapes, people, history and activities that make the Hastings district the heart of Hawke’s Bay. “I am thrilled with the works of art that Cinzah and JiL of Aotearoa have created for our communities.” Photo’s: JiL of Aotearoa with her mural at the Village Green in Havelock North, and Cinzah with his on Eastbourne St, Hastings Posted: 10 November 2018