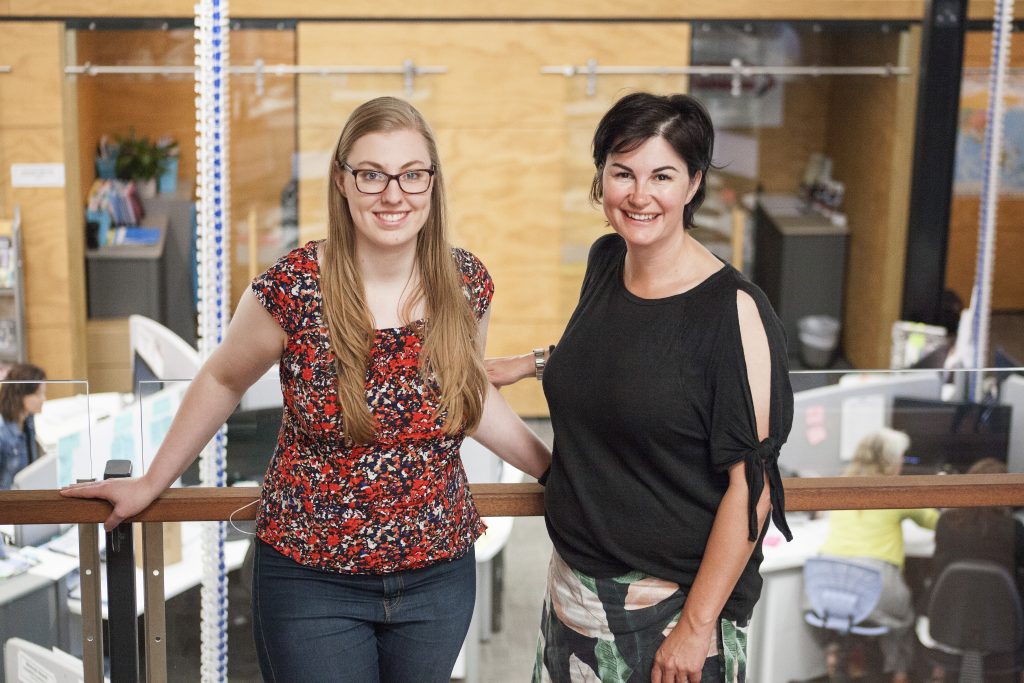 Being part of the team organising the region’s export awards has been a highlight of three years of study for EIT business student, Annika Hoitink. She admits to being blown away by the amount of work that went into the sell-out ExportNZ ASB Hawke’s Bay Export Awards held in August this year. Annika joined Amanda Liddle, ExportNZ HB executive officer, for an industry-based learning (IBL) experience as part of her EIT Bachelor of Business Studies. It was the first time Amanda had taken on an IBL student. She’d checked how others had found working with students and was pleased to hear it had been a win-win experience. Hers was no different. “I had thought having an extra pair of hands would be helpful but Annika was so much more than that,” says Amanda. “She was very proactive and wanting to learn. “Initially it was a bit quiet when she first started coming in two days a week but it quickly ramped up. We were delighted that she was able to stay with us past the July official end date. Our event wasn’t until August but she juggled her studies so she could see the fruits of her labours and be part of the set up and the awards evening.” It was an eye opener for Annika to see how all the elements of an event locked together. Annika is particularly interested in project management so this project was right up her alley. “I was totally surprised at the amount of work that happens behind the scenes.” For her part, she was responsible for dealing with the awards night suppliers and assisting Amanda with sponsor requests and canvassing for entrants. “It was really great to be involved in business happening in real life. I worked out how to communicate clearly including my body language, and to convey what needed to be said effectively. It was such a great opportunity.” She also worked on the marketing collateral accompanying the event and got a real buzz out of working with designer David Trubridge who created the award trophies. On the day of the awards, Annika was only able to spare a few hours to help set up before her classes. She was “absolutely stunned” to see how the venue had been transformed when she returned and says the evening was “flawless” from her perspective. “I just loved it. I couldn’t stop talking about if for a couple of weeks. I had a huge sense of pride.” Now in its fourth year, the ExportNZ ASB Hawke’s Bay Export Awards has established itself as a not to be missed business event. Exporters get the opportunity to practice telling their story to a local market before presenting it overseas. This year the idea was to convey the theme of ‘From Acorns Do Oak Trees Grow’ and incorporated a Farmers’ Market for guests to be served drinks and food from local producers. “We certainly couldn’t have pulled that off without Annika’s extra hands,” says Amanda. “It was an excellent opportunity for her to develop her ability to pitch an idea and sell a concept.” Photo: Annika Hoitink (left) EIT School of Business student worked with Amanda Liddle, ExportNZ Hawke’s Bay at the Hawke’s Bay Business Hub. Posted: 11 November 2018