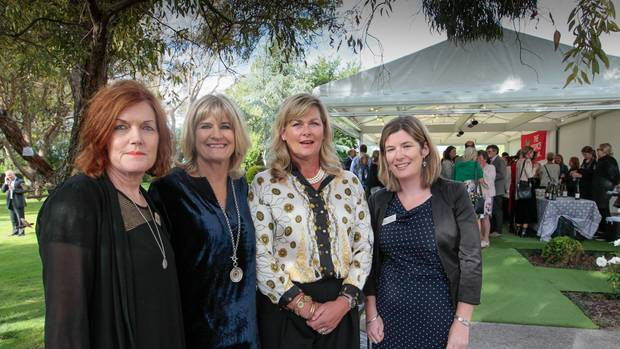 The 10th Hospice Holly Trail recently staged across three days in support of Cranford Hospice was always going to emerge as a special fundraising event and that was exactly how it came to pass when the cash was counted. At the post-event celebrations staged at Birdwoods Gallery there were gasps of delight and a landscape of smiles when it was announced that Cranford Hospice was being gifted a staggering $295,000. At the Gifting of the Funds ceremony Cranford Hospice’s chairwoman Hayley Anderson said how thrilled she was, and how much of an honour it was for Cranford Hospice to be held in such high regard in the Hawke’s Bay community. “This gift from the Hospice Holly Trial is simply outstanding and the generosity of people is so heart-warming,” she said. Photo: L-R, Cranford Hospice chair Hayley Anderson and the Hospice Holly Trail’s KK Marfey, Joanna Newbingin and Cranford marketing manager Sheena Revington. Photo/Warren Buckland For mor

e on this and other great Hawke’s Bay stories go to hawkesbaytoday.co.nz Posted: 3 December 2018