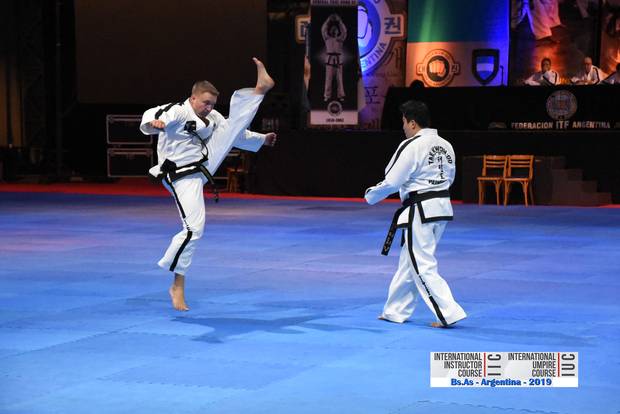 Tae kwon do exponent Ben Evans has returned from Argentina not only having accomplished a personal milestone but also teeing up Hawke’s Bay as a global stage later this year.

Evans graduated with a fifth-degree black belt in Buenos Aires a fortnight ago but also secured the rights to host the International Special Needs Taekwondo Games at the Pettigrew-Green Arena in Napier on October 5.

“It’s pretty cool because we have nine countries coming so that in itself is quite amazing,” says the 28-year-old from Napier who also is the New Zealand International Taekwondo Federation president.

For more on this and other great Hawke’s Bay stories go to hawkesbaytoday.co.nz Posted: 24 April 2019