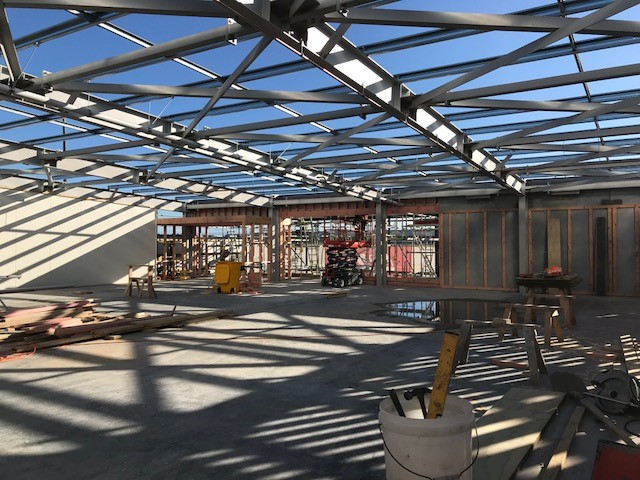 The first stage of the $20.2 million Hawke’s Bay Airport expansion will be ready to welcome passengers to the region on January 15. Hawke’s Bay Airport chief executive Stuart Ainslie said the finishing touches are being made to the new arrivals hall which will include the airport’s first automated baggage system that will have the capacity of 2.5 million bags/annum. Mr Ainslie said stage 1 could have opened prior to Christmas, but with it being the airport’s busiest period, it is better to open in mid-January. “We’re now doing the internal fit out, but it’s important that we don’t create any unnecessary stress at this time of the year for passengers, visitors and our commercial partners. The new arrivals area is in the new-build part of the airport which has enabled the current airport to operate smoothly without disruptions, so it’s best we continue as is. “We can open when it’s a bit quieter and if there are any problems we can resolve these without too much pressure,” Mr Ainslie said. The Hawke’s Bay airport recently announced a record turnover of $6.6 million and annual passenger numbers of 715,000, up 8% on a rolling year. The continued growth and confidence enabled the terminal upgrade to be revised from 2500m2 to 4340m2, a 74% increase including new commercial/retail opportunities within the terminal at a budget of $20.2m. “We have been able to finance the expansion from our strong balance sheet, which is a great position to be in.” Mr Ainslie said along with the baggage reclaim system the new arrivals hall will incorporate rental car kiosks and a pop-up café. There will be no direct access from the new arrival’s hall to the departures area of the terminal during the next stage of construction. Whilst this is not ideal the distance between the two areas is not extensive and the airport is confident that passengers will be understanding of this temporary situation. Mr Ainslie is also quick to point out that although it is very exciting to open the first stage of the terminal the “full wow” of the Airport Expansion Project will not be revealed until the redevelopment is complete in mid 2020. Photo: Hawke’s Bay Airport CEO, Stuart Ainslie (left) and Commercial Manager, Dean Smith in front of the new baggage reclaim belt. Posted: 5 December 2018