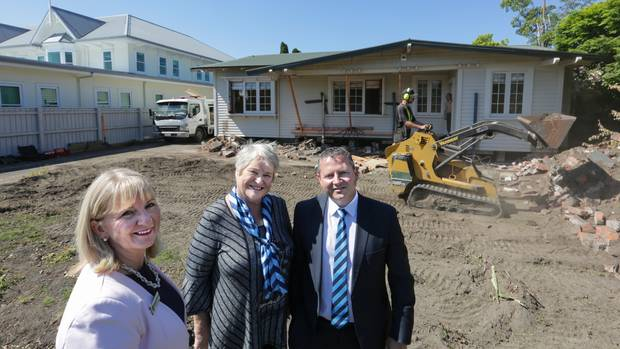 A house in Hastings is being uplifted and relocated, right down to the white picket fence, to make way for the expansion of Royston Hospital.

“The idea was born then that we would like to create this as a opportunity to give to charity.”

They decided to sell, rather than demolish the house, and the $25,000 raised will be split between two charities, Cranford Hospice and Hawke’s Bay Brain Injury Association.

Photo: L-R Denise Primrose, Harcourts’ Jan Mackie, who sold the house and Kaine Wilson, managing director Harcourts Hawke’s Bay, with the house as it was prepped for removal. Photo / Warren Buckland For mor

e on this and other great Hawke’s Bay stories go to hawkesbaytoday.co.nz Posted: 27 October 2018