Napier Kmart: 80 jobs as well as a food court 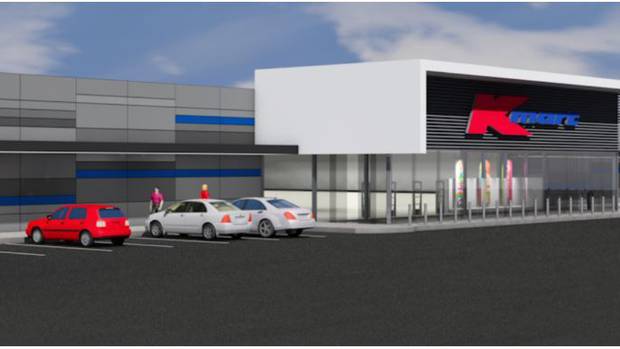 A big load of dirt sitting on a site in Napier won’t just be a Kmart that supplies 80 jobs – it will also host a food court.

Pre-loading on the new Kmart site, on the corner of Prebensen Dr and Ford Rd, has kicked off, with an opening date for the new store now set down for the end of next year.

“Once the ground has settled beneath the pre-load, then we will be scraping it off and putting the foundations down.”

The store will either be New Zealand’s 26th or 27th Kmart, depending on the opening date.

The 5351sq m store will be one of Kmart’s new generation stores and will include central checkouts, Jeff Broomfield , Kmart’s national property manager, said.

“It’s a perfect format for us.”

There will also be wider aisles for pram and wheelchair access and bold graphics to help with navigation.

The store will be offering the same products as the current store in Hastings.

It is expected to bring 80 new jobs to the region, and Broomfield said there were plenty of opportunities for advancement.

North zone manager at Kmart Regan Wallis started out at the Hastings store when he was 15, and south zone manager Emma Hedin also started at age 15 at a store in Melbourne.

As well as the store, there will be an additional 1000sq m food court, which will be developed following the opening of the store.

“We look forward to commencing the development of our new Napier site and opening in late 2020,” Picard said.

“I along with the entire Kmart team can’t wait to meet the community and welcome them through our doors – the store will provide locals with an enjoyable shopping experience and greater access to our affordable on-trend products.”