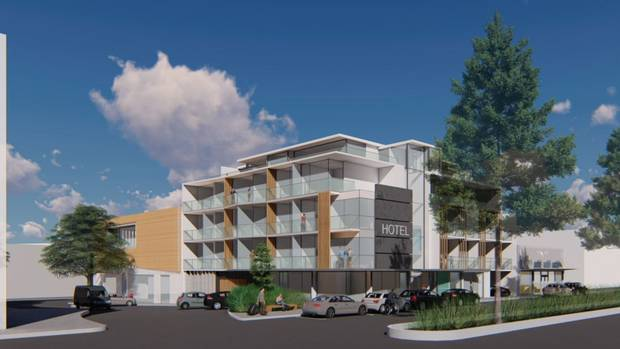 A major hotel development in Napier is being planned as one of four hotel proposals which could add more than 300 rooms to the accommodation market in the city. The hotel, still in the concept drawing stage and expected to have about 100 rooms, targets the Rebel Sport site and neighbouring properties. They have been bought by an Auckland family company which hopes to start soon on a smaller four-level hotel, with 47 rooms and four top-level apartments, nearby on the corner of Marine Parade and Albion Lane. Already underway is the unrelated development of the PwC Centre on the corner of Munroe and Raffles streets as the CountryTree on Hilton Napier, set to open later this year. Photo: A four-storey hotel is being planned for Napier’s Marine Parade. Photo / Designgroup Stapleton Elliott +PMA Architects For mor

e on this and other great Hawke’s Bay stories go to hawkesbaytoday.co.nz Posted: 12 January 2019