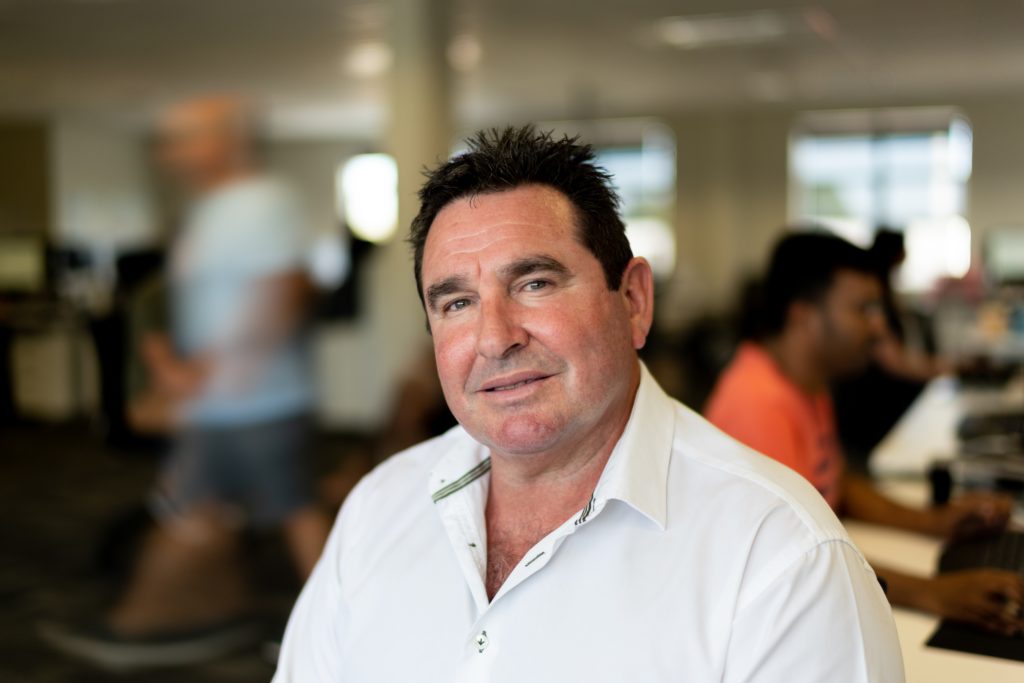 It’s been an evening of celebration for Hawke’s Bay-based Ask Your Team, which took out 17th place and ranked as the second fastest growing technology business at last night’s Deloitte Fast 50 Festival of Growth held in Auckland. At the annual event, 50 top-performing companies from regions around the country are indexed according to factors that underpin their growth. Ask Your Team helps other organisations progress by asking people at all levels of the organisation about what matters to move their workplace forward, delivering meaningful insights into the way their people think, participate and lead. Ask Your Team CEO Chris O’Reilly says he’s “beyond proud” to have been the only Hawke’s Bay-headquartered business representing the region at the Deloitte Fast 50, where he and his team were name-checked among other notable Kiwi companies such as Ethique, Farm IQ and WOOP. “We are thrilled to have been chosen as one of the top performers and especially delighted to be named  second Fastest Growing Technology Business,” Chris says. He says Ask Your Team – which employs 28 at its Havelock North base – works with businesses spanning a number of sectors, including local government, state sector, infrastructure, primary production, non-profits and more. “At Ask Your Team, we’re incredibly privileged to see deep inside organisations and gain an understanding of how they tick, helping them in turn to experience improved organisational productivity and more inclusive leadership.” “What our growth over the past 12 months demonstrates to us is that New Zealand businesses are willing to embrace change, using our platform to get under the skin of their organisation,” he says. “It also means that the people leading those businesses are being courageous in their quest to uncover the truth about what’s happening at the core of their business, make adjustments and allow their organisation – and themselves – to reap the benefits. We see that as hugely positive, particularly as increasing numbers begin to recognise diversity and inclusion as critical to their success, rather than simply media buzzwords. We love being able to help serve organisations to better recognise the value of people who have different thinking styles and find ways to involve them.” Chris says Ask Your Team is in robust health, having recently closed its latest round of capital-raising – its largest yet at $1.7m. That’s good news for the company, he says, with both employees and shareholders – including major shareholders True North Equities Ltd and Genesis Private Equity Ltd – participating fully in the round. Looking ahead to 2020, Chris says Ask Your Team will continue to grow, with several exciting opportunities currently on the horizon. “This accolade is incredibly encouraging, and we’re very proud to share it with the passionate individuals who make up Ask Your Team in Hawke’s Bay.”