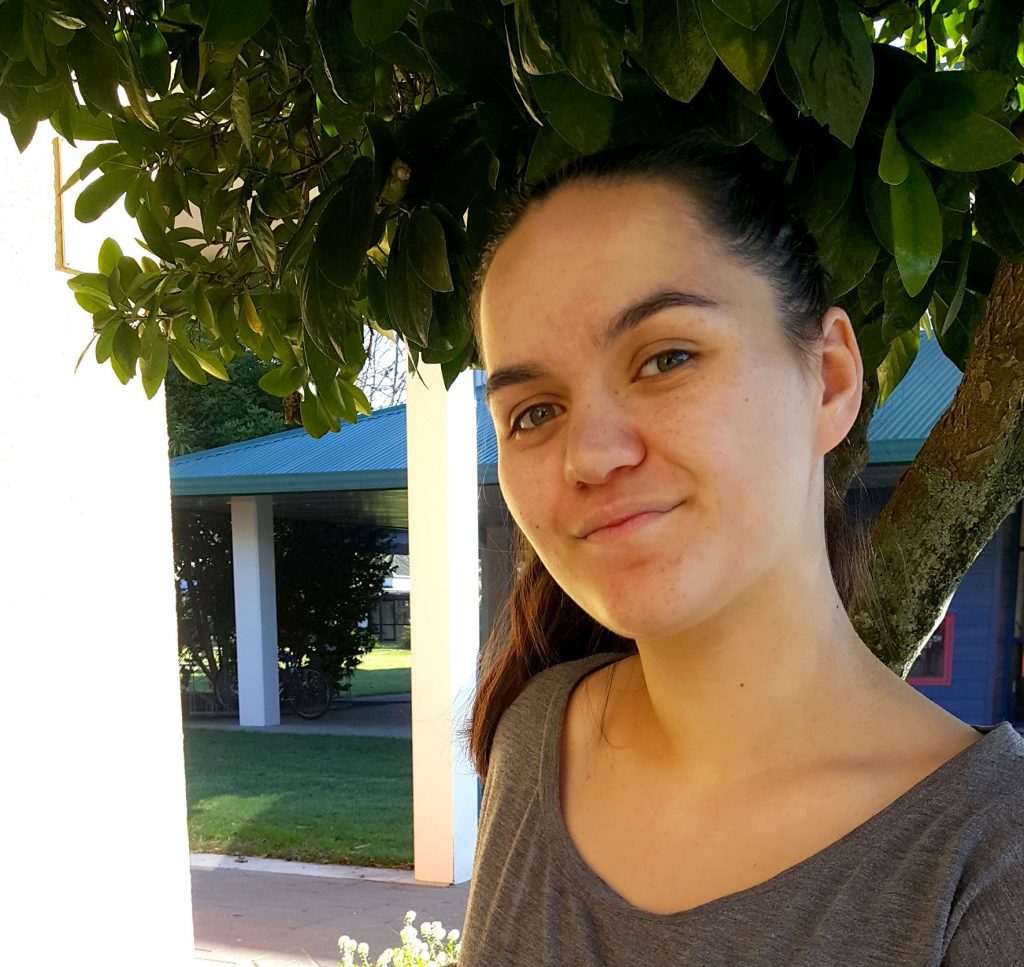 A Wairoa young enterprise company that formed at the Hawke’s Bay School Trades Academy @EIT has won two awards at the regional Lion Foundation Young Enterprise Scheme finals. Project Rangatahi is the business formed by Pahemata Robinson and Rahiri Edwards-Hammond, two Year 13 students from Te Kura Kaupapa Māori o Ngati Kahungunu o Te Wairoa (TKKM Wairoa). The pair, who have created various tools to connect rangatahi (youth), took out the Innovation and Social Impact award while Rahiri won the Entrepreneur of the Year award at this year’s YES awards held at EIT on October 24. It is the first year that the School of Business has offered the Business Enterprise class as part of the EIT Trades Academy. Students from six secondary schools attended the Friday classes run by EIT business lecturer Rebecca Clarke, who facilitated and delivered the YES programme as the basis for the course. “To see what these young business students could achieve has been inspirational,” Rebecca says. “They weren’t afraid to grab the bull by the horns and be innovative. They had quite creative ideas to solve their business problems.” The 17 students came from Napier Boys’ High School, Te Kura Kaupapa Māori o Te Ara Hou, Te Aute College, Taikura Rudolph Steiner School, Taradale High School and TKKM Wairoa. “Unlike other schools, their first challenge was to join with strangers and merge their visions. They had to foster their relationships before they could decide who had what skill sets,” Rebecca says. “Over the year it’s been great to see the huge inhibitions that some of them had about tertiary education be set aside from being on our campus.” Three of the 2018 EIT Business Enterprise students have enrolled for study at EIT next year, while one school has reported that 11 out of 12 of its Year 12 students are keen to be in the business enterprise unit as part of the Trades Academy class next year. For Wairoa born and bred Rebecca, having two students from her hometown do so well is an added bonus. “It’s been heartening to see how hard the young women have worked to be successful and to put Wairoa on the map.” The YES awards are the latest in a line of successes for Project Rangatahi and its CEO Rahiri. In September, she won the inaugural GirlBoss award, and earlier in the year secured a trip to Colombia as a prize in a YES Entrepreneurs in Action weekend workshop. “When we started YES we had no idea what we were doing but with Bex’s help and the EIT environment, we’ve learnt so much. I’m so happy that we came down from Wairoa every Friday,” Rahiri says. Photo: Rahiri Edwards-Hammond, CEO of Project Rangatahi, who was judged Entrepreneur of the Year, while the company she formed with Pahemata Robinson took out the Innovation and Social Impact award in this year’s Hawke’s Bay Young Enterprise Scheme competition. Posted: 4 November 2018