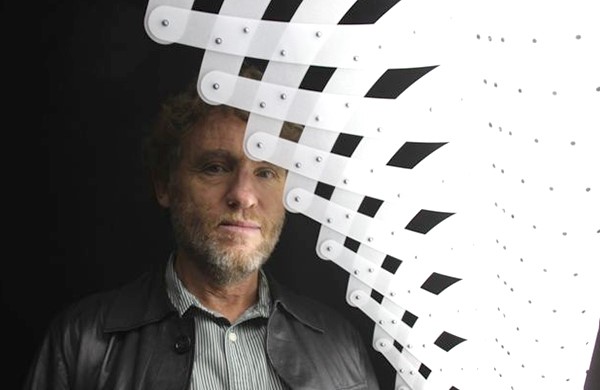 Hawke’s Bay based design studio David Trubridge has announced it will immediately pull from its product line six (Bounce, Rise, Roll, Drop, Pequod and Mānuka) of its thirteen remaining products with a high plastic content. The remaining designs will also be phased out during 2019 and early 2020 as the last orders for the items are processed. The company is known worldwide as a leader in sustainable design practices , with the bulk of its luminaires being made from sustainably managed bamboo plywood. “The items being discontinued are close to my heart,” says David Trubridge, Director of the company. “I designed them as storytelling prototypes for exhibitions in Milan. With that exposure, the designs were specified into projects globally and even collected by the Pompidou Centre in Paris. At the time we chose the Polycarbonate plastic due to its strength and the way it can diffuse light like rice paper. The designs had a lightness and ethereal nature which I still adore”. “Despite this, we can’t go on selling them and still claim we are doing all we can as a company to reduce our environmental footprint . The time has come when we know we won’t find a more eco-alternative to this plastic.” The company is prepared to take a hit on sales of these high-value items, even though they have been very successful in commercial projects. However, rather than completely abandoning the designs, David set his studio with the task of designing new plywood pieces that take inspiration from these. The results of this challenge have led the company to find new ways of using plywood. Following on from the recently released Navicula , two brand new designs — ‘Maru’ and a set of three ‘Ketes’ — are being launched in April at Euroluce during Milan design week. “I have joy in seeing the new designs come off my CNC machine, knowing the wooden off-cuts can easily be dealt with. We had to stockpile all our plastic waste and truck it to a recycling depot. Now our wood waste goes to a local timber mill for efficient incineration to generate electricity in its steam power turbines” says David. The company has other smaller uses of plastic like fasteners, bubble wrap and tapes. So far we’ve converted to paper tape and found compostable zip bags where possible for the essential packaging of the nylon clips in the kitsets. We are also putting some pressure on suppliers of items like this to develop alternatives. David ends with saying “I’m hoping I can bring light to the use of plastic in industrial design. Designers must think about materiality and life-span. What are you designing? How long will be it be relevant? What will happen to it when it’s discarded? Can you redesign the system rather than the object? I think this is such an exciting time to be a designer. We are all responsible for the future.” Photo: David Trubridge with the now discontinued Wing light. Photo: Barbara Chandler Posted: 15 February 2019