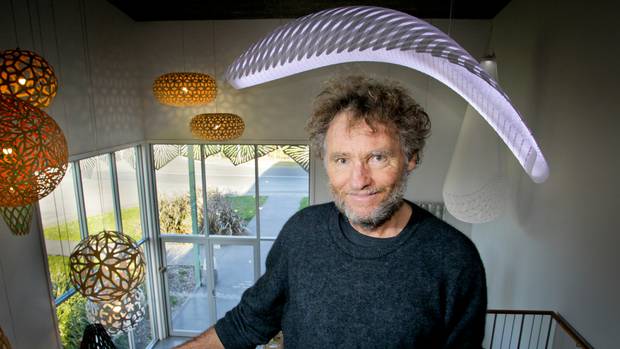 When Italian design house Cappellini bought the rights for David Trubridge’s piece’ ‘Body Raft’, in 2001, not only did his fortune change but in doing so, he paved the way for fellow designers.

Since then he has entrenched himself in the industry, creating furniture and lighting pieces throughout the world, contributing to notable causes, and mentoring New Zealand’s emerging designers.

It seems fitting that nearly two decades after the Milan trade show, the award-winning designer would be made an officer of the New Zealand Order of Merit for services to design.

For more on this and other great Hawke’s Bay stories go to hawkesbaytoday.co.nz Posted: 3 June 2019