The Land Of Milk & Honey 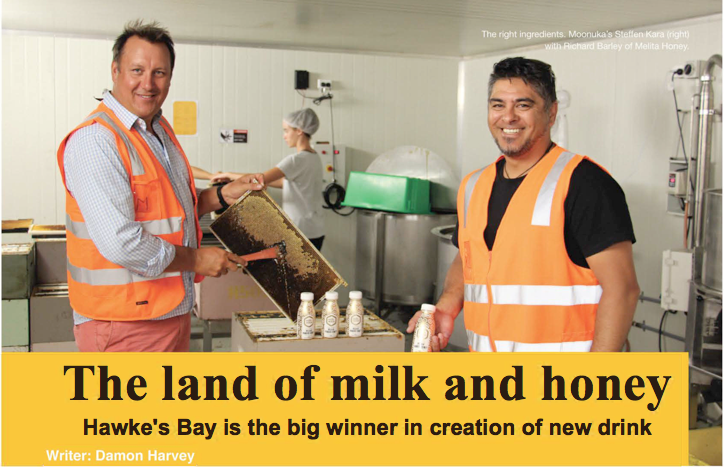 Relationships have been the key ingredient to launching the world’s first milk and Mānuka honey drink, Moonuka Milk.

Hawke’s Bay’s Steffen Kara has partnered with long-term work colleague Gareth Wynyard and mutual friend Greg Hayhow to bring an idea first dreamed up in Gareth’s Auckland apartment in 2012 to life. It’s been a long journey but the three friends have now found the perfect milk-to-Mānuka honey formula and have created and trademarked the drink that has been strongly influenced by several Hawke’s Bay businesses. Steffen says that although he thought the idea of a milk-based drink was not necessarily a moneymaker, Gareth thought otherwise and spent many nights in his apartment kitchen trying to find the perfect balance of milk and honey.

Read more on this and other Hawke’s Bay stories in The Profit magazine Posted: 24 March 2019