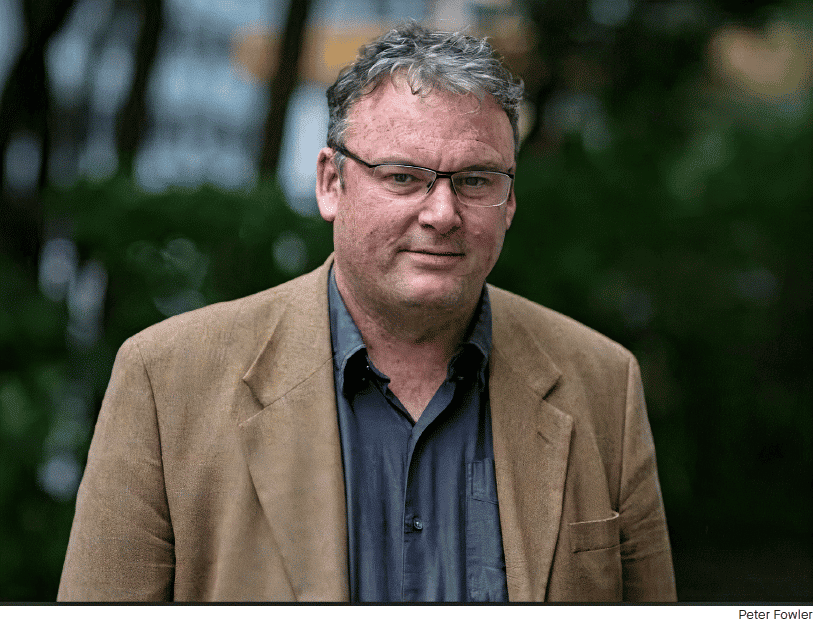 Peter Fowler has an entrepreneurial spirit, an uncanny ability to see what others don’t and to always find a gap in the market for innovation.

A resident of Kahuranaki Road in the Tuki Tuki Valley, Peter is a journalist by profession. He has worked in newsrooms and was the Radio New Zealand (RNZ) voice of Hawke’s Bay for a number of years. But he was always questioning and probing. For Peter, innovating was always where he wanted to be; finding ways to bring the news to a mass audience in an easy and accessible digital format was always a priority.

It is this quest for better ways of delivering news that led him to create newsroom.co.nz, a digital platform that has gone on to be one of New Zealand’s top news websites, with a reputation for independent and investigative journalism.

Peter has long since moved on to his next venture, an app called VoxPop, which transcribes voice to text and is also of broadcast quality so allows it to be used for radio interviews. The term ‘VoxPop’ is short for ‘Vox Populi’, which means the voice of the people.

Peter says the concept came to him when he was the RNZ Hawke’s Bay reporter in 2016. He stumbled across a column of light armoured vehicles (LAVs) on a military exercise and needed to conduct interviews there and then.

He says that there was one problem, he had left the cord for his microphone in the office. He ended up using his phone to record the interviews.