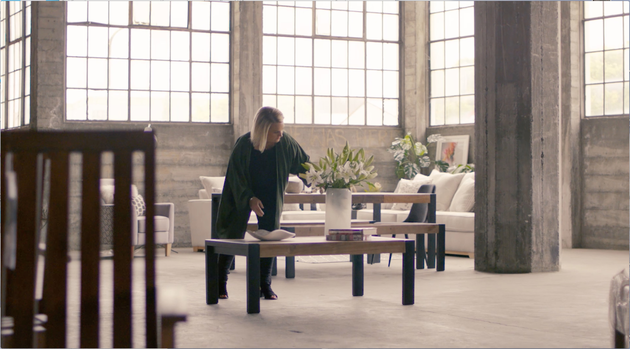 Ray McKimm has his finger on the pulse of business in Hawke’s Bay. He shifted the support and distribution functions of his family owned Big Save Furniture to the province in 2008, immediately reducing costs by about 25 percent. New Zealand’s largest specialist furniture retailer, with 22 stores nationwide employing 300 staff, of which 128 are in Hawke’s Bay, purchased the 5.5 hectare former British and American Tobacco manufacturing site and created the Ahuriri Business Park. It provides 135,000 square metres of mixed-use building space. The park is a mere two minutes’ walk to the beach, less than 10 minutes to the airport and city centre, and five minutes to Napier Port. The port was a key factor in the move. Big Save sells 45 percent New Zealand product but also imports about 200 containers of furniture and furnishings every month. Napier is in a unique New Zealand position of requiring 40,000 reefer containers to be stored and readied during the four months from December to March for the coming fruit and produce export season. For an importer, like Big Save, that was music to the McKimm ears. He was in an immediate bargaining position as a major importer and says other New Zealand importers could reap significant financial advantages by using Napier Port. “The second factor was the pool of incredibly well educated people, either already living in Hawke’s Bay or wanting to come here,” says Ray. “Wage costs are less because the cost of living is so much lower and its stress free.” Big Save employs staff across its finance, logistics, buying and administrative operations, and has its own 48-person call centre. “It’s incredibly good here. You wouldn’t get anywhere better in New Zealand from which to operate.” Big Save also has a property portfolio of around 70 tenancies nationwide, giving Ray solid regional comparisons. The Ahuriri Business Park reflects emerging growth opportunities. There are now 1100 people employed across more than 50 tenancies. In the past year, nearly 90 percent of those businesses employed more staff. It might be only one or two staff in many instances, although Big Save has taken on an extra 16 people in that same period, but Ray says it is this small, steady expansion that’s generating economic growth and benefits for Hawke’s Bay. “There are very few businesses that cannot operate more efficiently from Hawke’s Bay. There are massive opportunities here and our tenants reflect that. It’s not always easy to extract business information because many don’t want to sing their own praises, but we see what’s going on. For example, there is one tenant exporting some of the world’s best ocean racing wetsuits, and they’re able to do this from Hawke’s Bay.” It’s not only furniture that Big Save is importing. Three times each week, on average, overseas suppliers and business people fly into Hawke’s Bay to meet with the McKimms. “Yes, they have to fly to Auckland and on to Hawke’s Bay but when they get here, they think it’s paradise. They stay, they eat out at our restaurants and wineries and enjoy a great environment.” Ray’s advice to would-be investors considering relocation is that if you’re prepared to work hard and make it happen, you will do well. “You get out of it what you put in. I’m seeing people with very buoyant spirits, particularly couples in their 30s and 40s who are coming and setting up businesses so that their kids can grow up here. “It depends on the business, but Hawke’s Bay brings to the table what other regions don’t have – an efficient port, cheaper importing, real estate, logistics and wages, a talented labour pool, and there’s less stress. That makes us a winner.” Posted: 9 July 2018