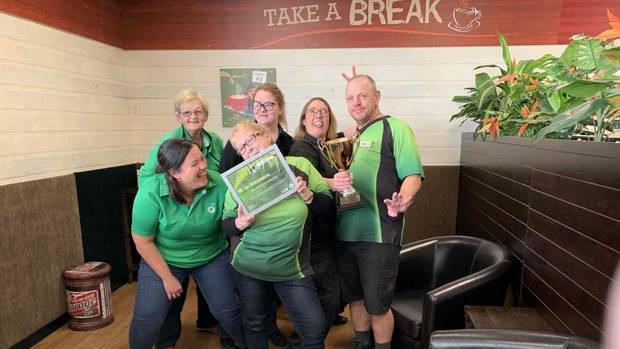 At the BP NZ Independent Dealer Conference staged in Fiji last month Hawke’s Bay businessman Rod Earnshaw found himself put into a bit of a spot.

For he is the chairman of the independent dealers group, which has 98 dealers from all over the country on the books.

So when it came to announcing the award for “BP Dealer of the Year” he of course stepped up, with the trophy, and the announcement notes.

Which was when he saw his BP Greenmeadows service station, which he took on and carried out a major revamp of two years ago, had taken the big prize.

For more on this and other great Hawke’s Bay stories go to hawkesbaytoday.co.nz Posted: 7 July 2019