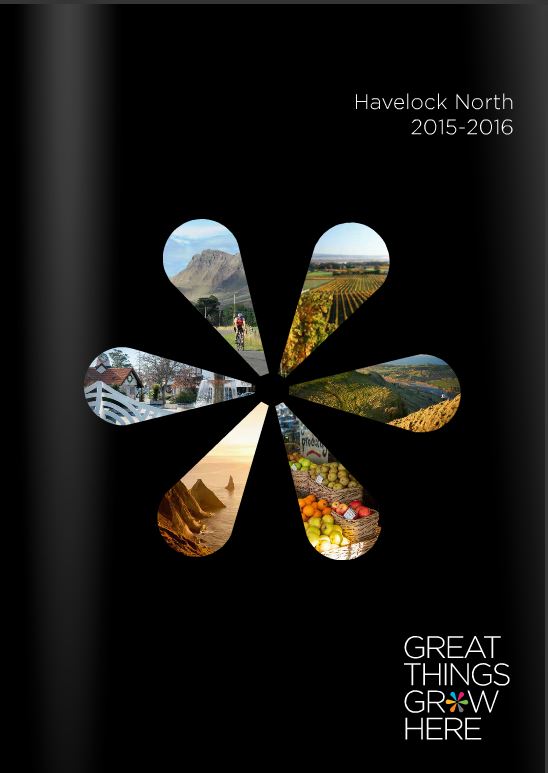 It is official: Havelock North is the nation’s Most Beautiful Suburb. The annual Keep New Zealand Beautiful Awards were announced on Friday October 13. It was a huge night for Hastings, with three out of three entries taking the top prize in each of their categories, and the naming of Hastings District councillor Henare O’Keefe as this year’s Keep New Zealand Beautiful Local Hero. Havelock North was lauded as the vibrant heart of Hawke’s Bay and a ‘must visit’ destination, as the award for Most Beautiful Suburb was announced. Hastings acting mayor Sandra Hazlehurst said the Havelock North community could be very proud. “This is fantastic news. This vibrant village is full of truly committed people who get in behind all the projects that we do in Havelock North; from helping plan and raising funds for the rebuilding of the Village Green, to joining in on stream clean-up days, to being fully involved in decisions around the retail centre. “Of course we have the magnificent Te Mata Peak right behind us – our region’s most spectacular natural feature, which is much-loved and used by our people from across Hawke’s Bay and our visitors.” Havelock North’s Business Association president Milton Andrews said the award recognised the amazing love everyone has for the village. “People from across New Zealand are falling in love with our beautiful suburb and as part of our entry we wanted to bring Havelock North to life in video, so the judges could see why, and what makes us unique. “For many Havelock North locals and businesses this award brings extra special significance, and represents the major commitment we have made to do more and more for the people who live, work, and visit here. It’s also fantastic for Hastings and our Hawke’s Bay region as a whole – we can take enormous pride in our beautiful province.” The second Hastings win for the night went to Flaxmere’s Morgan Educare, which took out the Sustainable Schools Award. The pre-school care and education centre had sustainability at the heart of its strategic plan. The team’s efforts included installing solar panels and, putting in vegetable gardens, a composting system and worm farm. The third award to come Hastings way was for Most Sustainable Business Project, taken out by the Hawke’s Bay Farmers’ Market, held at the A&P Showgrounds every Sunday. The market had introduced a zero waste philosophy which had seen all stall holders convert to fully compostable tasting plates, coffee cups and cutlery. Keep New Zealand Beautiful held its annual conference, AGM and awards night in Hastings this year which had turned out to be very fitting, given the success of the district in the awards, said Mrs Hazlehurst. “It has been wonderful to have the awards announced here, along with all the other activity around the big night. It was especially exciting to have Havelock North feature so prominently on national television yesterday on TV1’s Breakfast programme. It was a great showcase for Havelock North, and our children and their parents who came to the Village Green certainly showed their passion for their suburb.” Topping off Hastings’ success at the awards was the naming of Hastings District councillor Henare O’Keefe as Keep New Zealand Beautiful’s 2017 Local Hero. Mr O’Keefe was recognised for his history of working to improve the lot of Hastings people, both physically – through encouraging pride and care in the community, and through sharing his love of the people and place. The winners of the awards were: Tidy Kiwi: Tom Carr, Palmerston North Ruud Kleinpaste Award: Linda Keall, Christchurch Young Legend Award: Joanna Tao, Auckland Community Environment Initiative Award: Tuakau Clean-up and Planting Group, Waikato Sustainable Schools Award: Morgan Educare, Flaxmere, Hastings Community Group Award: Wakatipu Reforestation Trust, Queenstown Most Sustainable Business Project: Hawke’s Bay Farmers’ Market, Hastings Most Sustainable Small Business: Ecoware, Auckland Most Sustainable Business: Ricoh New Zealand, Auckland Best Loo Award: Mt Hutt Ski Area, Mt Hutt Kiwi’s Choice Award: Akaroa, Christchurch Most Beautiful Suburb: Havelock North, Hastings Most Beautiful Small Town: Greytown Most Beautiful Large Town: Feilding Most Beautiful City: Masterton Keep New Zealand Beautiful 2017 Local Hero: Henare O’Keefe, Hastings